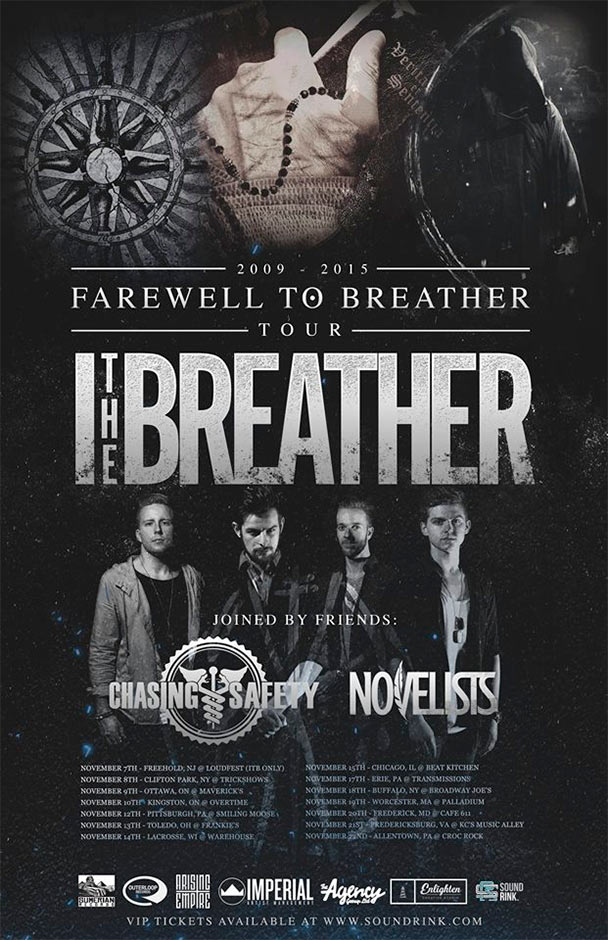 I, The Breather have just announced that their run will be coming to an end. As such, they’ve announced a farewell tour which will span throughout November. They’ll have direct support from Chasing Safety and Novelists in this venture.

Here’s the official statement from the band in regards to their end:

We’ve come to the collective decision that it is time to bring I, the Breather’s 6-year career to a close.

After performing on three different continents, participating in major national tours such as Vans Warped Tour and Rockstar Mayhem Festival, and releasing three albums that bring us immense pride, we have accomplished our goals as a band. Truthfully, we never expected to have been able to do a fraction of these things when we started. We all have goals that we are currently pursuing – some of us will continue to carve out our paths in the music industry and some of us have out our focus elsewhere.

We’re happy to announce this farewell run with our friends Chasing Safety & Novelists. We may also have a few other things in the works that we will announce later on. If we’ve brought any value to you, we’d absolutely love to celebrate I, the Breather’s career with you at the upcoming shows. We’ve got some surprises planned for a few of the dates in particular.

Thank you to everyone who has shown us support in any way. We couldn’t have done this without you. You have been just as big of a part of I, the Breather as we have.