The Faceless & After The Burial Coming Back! 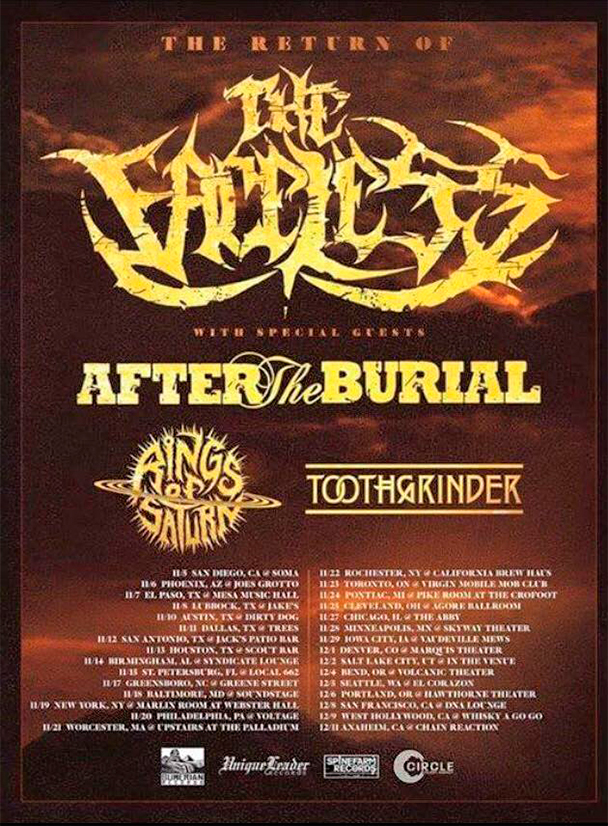 It’s been a tough stretch for a number of bands here of late. The metal community was in a state of mourning this Summer from the passing of After The Burial guitarist Justin Lowe and probably will be for some time. The Faceless have seemingly always had troubles holding down members with the exception of the founding Keene Machine. Regardless, both bands let it be known that they weren’t coming to an end.

Now, the time is almost upon us… Both of these bands will be making a return soon! This was made known when a very complete tour admat was leaked via Metal Insider. The tour is slated for November through December and features no less than The Faceless as headliners with After The Burial holding direct support. Rings of Saturn and Toothgrinder are also set to take place in the venture.

Though we knew these bands would be coming back, this is much sooner than expected, making for a surprise. The tour will likely be an all around success. You can check the proposed dates on the leaked admat up above. We have music down below.

UPDATE – The Faceless have a brand new song out! Listen to “The Spiraling Void” right here:

See More: After The Burial, The Faceless, Tour
« The Ghost Inside – The Locals Only Tour
Dogs As Metal Sub-Genres »