Tony Iommi (Black Sabbath), “I Can’t Actually Do This Anymore.” 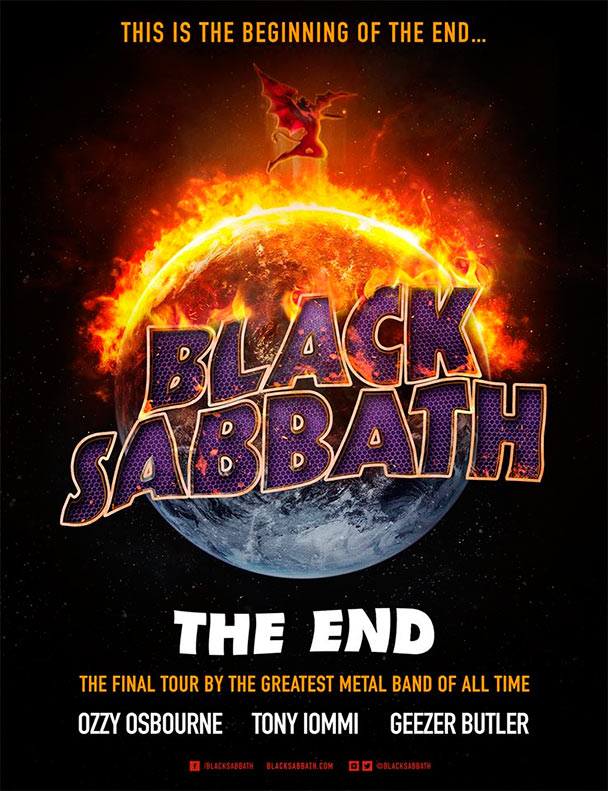 Famed Black Sabbath guitarist Tony Iommi recently gave an interview to the Birmingham Mail, explaining just why the upcoming Black Sabbath tour will be the band’s last. Personally, Tony has been battling lymphoma for years now. It’s no secret that his health has been ailing in the battle with cancer and, as he states, “None of us are getting any younger, you know.”

Here are some of the key quotes given in this interview with the Birmingham Mail.

“I can’t actually do this anymore. My body won’t take it much more…. I don’t want that creeping back again. And all the travelling involved in Sabbath tours increasingly takes its toll. That’s why we’re going out on one last tour, to say our farewells. And then it very definitely is the end. We won’t be doing it again.”

“I have finished my courses of treatment. Now it’s a case of keeping tabs on things. I have the blood tests every six weeks, and then there’s a bigger check-up every now and then to make sure that all is still well. I have my next one in a couple of weeks, and hopefully everything will be fine.”

“We’ve been doing this for getting on for 50 years now. It’s about time we draw the line, don’t you think? It’s been great but it’s time to stop now. Don’t get me wrong, I still love gigging. It’s all the travelling and the exhaustion that goes with it that’s the problem. That side of things has a big impact on me. Yes, we may fly in luxury, stay in the very best hotels, ride in the most comfortable limos but there’s still a physical cost to touring. Even when we build in rest breaks – I have to have blood tests every six weeks – I find it tough going. You take a long haul flight, arrive somewhere at five in the morning and book into a hotel. There’s the soundcheck, the promotional work, the gig itself, then you’re back at the hotel to collapse into bed. Then next day you get to do it all over again. I love being up there onstage, playing with Sabbath. What I don’t love is all the other stuff necessary to enable that to happen. None of us are getting any younger, you know.”

“Aside from my lymphoma, I’ve been back in hospital again recently because of back problems. The funny thing is, while you’re out on tour it’s a full-on thing, you’re busy all the time. It’s when you come off tour that the side-effects kick in. While you’re at home, just when you think you got away with it!”