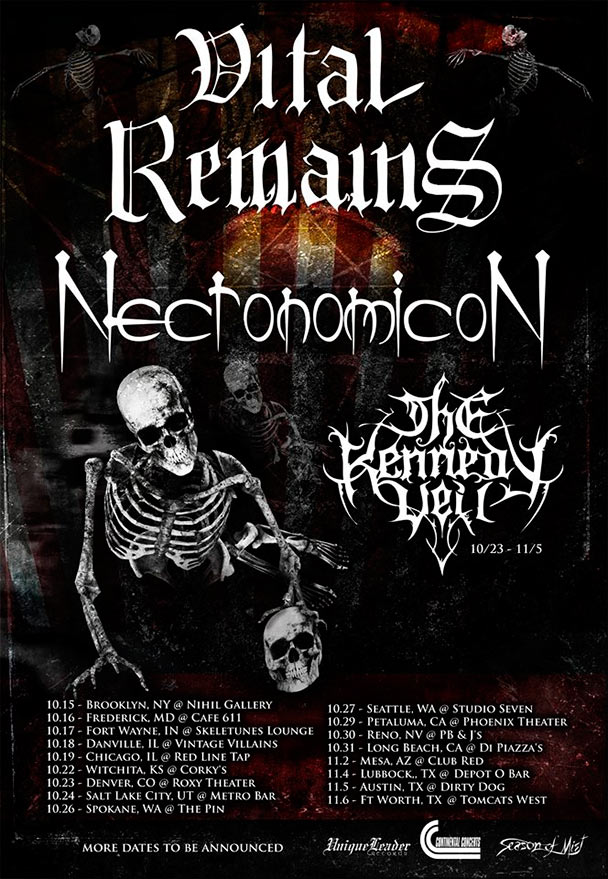 A mighty tour crossing the worlds of Death and Black metal has just been announced for North America. On this venture, three bringers of aural destruction will merge as one. They are Vital Remains, Necronomicon, and The Kennedy Veil. Together, they will deliver the supreme darkness of metal to the masses this October and November. Prepare yourselves by checking the dates above and music below. Something metal this way comes \m/