Presenting Days of Collapse. This Italian band brings a modern mathcore onslaught in a way few can. This is precisely what landed them on Imminence Records and what brings them here today. All well deserved.

The band is currently preparing the release of their debut album “We Got This Far”. In support of that, they’ve debuted an all new single “Escape The Rat Race”! Give that beast a listen down below along with the official press release. A solid record is heading this way! Prepare yourselves for September 25th…

Imminence Records is pleased to once again find underground European metal talent in the form of Italian mathcore quintet Days Of Collapse. Forming in Vicenza in 2009 and having already self-released an EP, the band went through several lineup changes before falling into the current lineup in 2013. The new lineup quickly went to work on the release that will now be released worldwide on Imminence Records. Drummer Davide Tonin commented on the signing by saying, “Signing with Imminence Records was like an accident as we did not expect to find a label to honestly promote our album. In Imminence we found a true proposal to spread our music.” Moving into the latter half of 2015 the band will begin planning tour in and around Italy while also beginning work on even more material.

Days of Collapse’s full length Matteo “Ciube” Tabacco (Raptor Recording Studio) produced label debut, entitled We Got This Far, will be released September 25th and can be described as dynamic, discordant, technical, and off-kilter while featuring fluid time signatures all in twenty-six minutes spread out over ten tracks. Davide shared a glimpse into the album by explaining, “Listeners new and old will hear a more professional and mature production than our first EP, Life Concepts. The new album will sound like a mix of feelings developed in this last period of ours where some parts will sound happier and some will sound gloomier. We try to offer a new blend of mathcore by filtering our inspiration from the most influential mathcore and hardcore bands with our own take of the genre.” 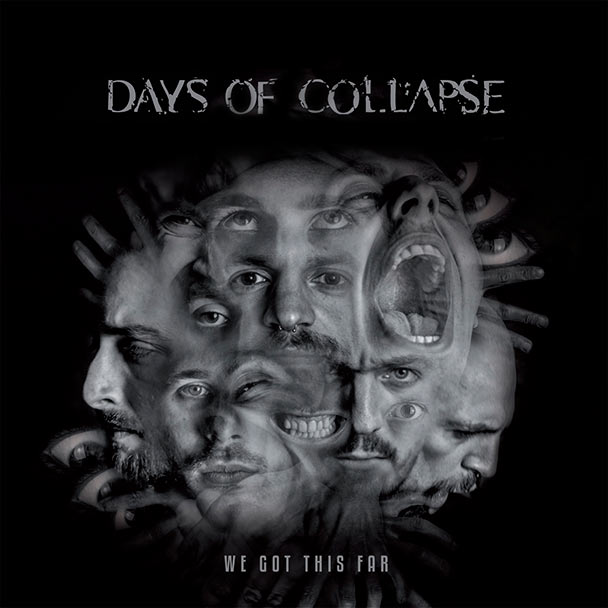