All Shall Perish Returning? 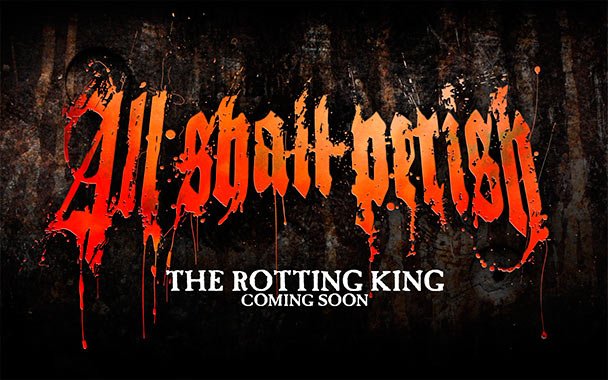 It’s been roughly two years since we’ve heard from All Shall Perish. They’ve been in a stasis of sorts since vocalist Eddie Hermida left the band to join Suicide Silence full time. The fans have been stirring like sharks in anticipation of news. Now appears to be their time…

The bands Official Website now simply contains an image ad for an upcoming release dubbed “The Rotting King” with the subtext “Coming Soon”. You can see this up above. So, obviously, something is happening in camp ASP. Also, early on this year, the band’s label Nuclear Blast stated that there would be a new All Shall Perish album in 2016. Seeing at it’s late October with next to no word, this seems doubtful. However, anything is possible.

Rumors (aka MetalSucks) claim that Lucas Durecki is now a part of the band. This has subsequently been denied by the band’s founding member Mike Tiner. We’ll have to wait and see what happens next…

In the meantime, here’s some music!