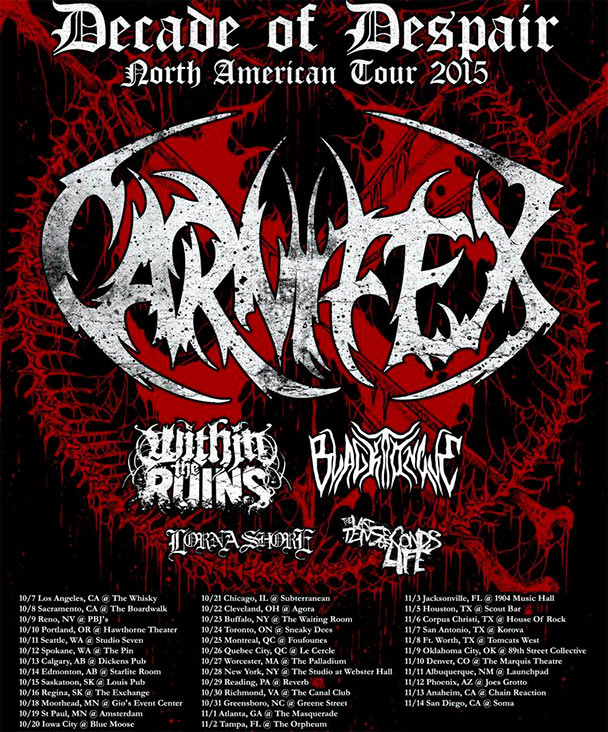 In an unfortunate turn of events, Black Tongue will not be coming to the United States. They were meant to join Carnifex, Within The Ruins, Lorna Shore, and The Last Ten Seconds of Life on the the North American leg of the “Decade of Despair” tour. However, they’ll be unable as the United States has rejected their visas. Here’s the official statement from the band:

We just received the devastating news that our visas have been denied for the current US tour we were meant to be joining.

We have no other details as of yet and are awaiting a statement from the US Visa Office regarding why they were denied.

There are not enough words to express how sorry we are to all you fans that missed out on seeing us and we’re expecting to see us as the tour continued. Please understand we did everything we could, in particular applying for the visas over 9 months ago now, and it’s all been out of our hands for a while.

We remain hopeful for another attempt at coming back to the US and hope we will be able to see you all again soon.