Black Friday will see the release of a brand new split 7″ from none other than Deftones and Stormtroopers of Death! It’s primarily an S.O.D. release but Deftones will also be providing a cover for the track “Milk”! This was confirmed by ex-S.O.D. member and legend of Anthrax lore, Scott Ian. Happy Record Store Day! CLICK HERE for the official product page in support of this release.

In other news, CLICK HERE for the latest developments on the new Deftones album. We can now expect it to be released sometime next year. 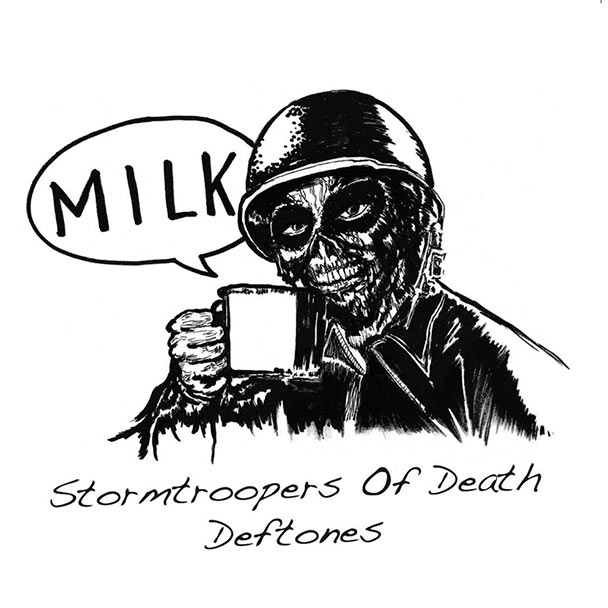