Ghost On The Late Show with Stephen Colbert 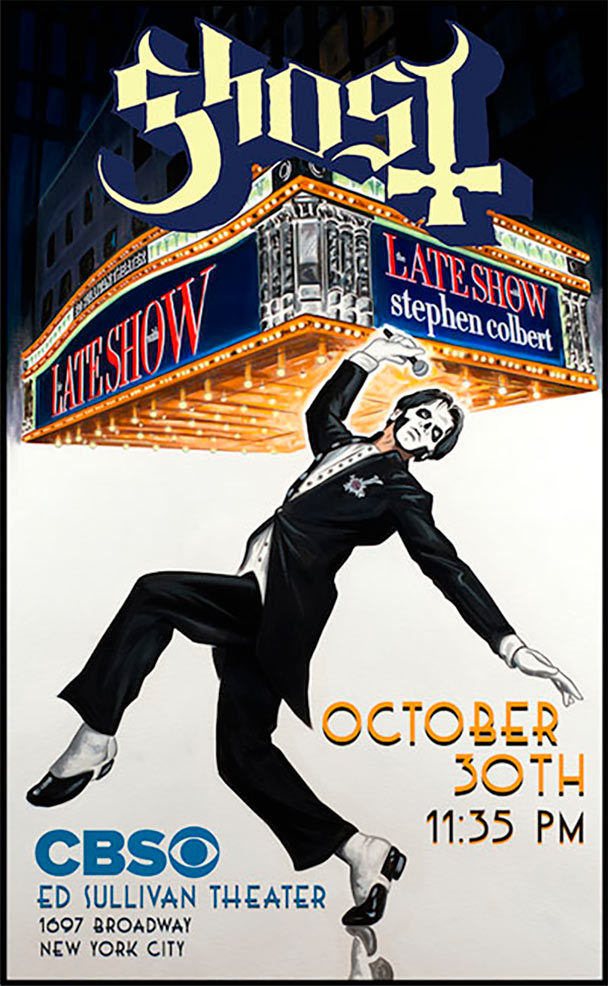 He’s known for bringing on musical guests with his frequent broadcasts and there’s something very special lined up for October 30th. None other than Ghost will be performing as the musical guest on The Late Show with Stephen Colbert just before Halloween. How appropriate. The show usually airs around 11:35 PM EST so tune in if you want to see this!