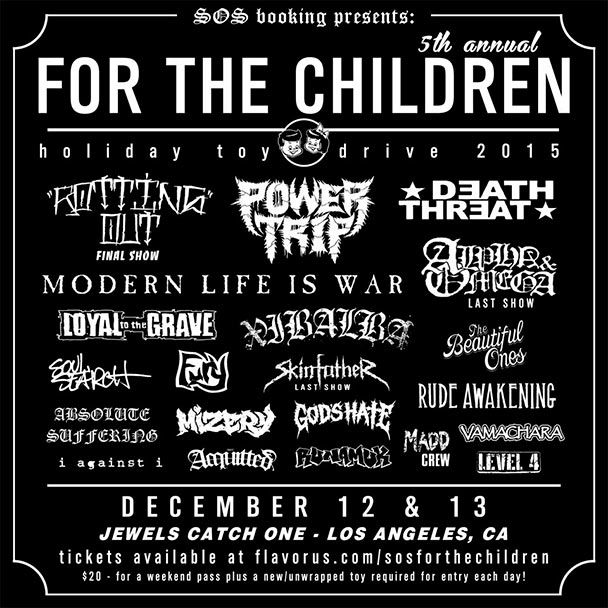 Rotting Out announced their break up back in March. You can read much more about that by CLICKING HERE.

Though, apparently, that wasn’t the end for good. The band has now plotted out an official farewell show. This will take place at “For The Children Fest” out at Jewels Catch One in Los Angeles, California. It looks to be one helluva hardcore occasion featuring approximately 20 different bands. The festivities will officially take place on December 12th and 13th.

Additionally, this will be last show for Alpha & Omega as well. You can check the full line up on the flyer up above.