This is, by far, one of my favorite finds in recent history. With an incredibly interesting blend of instruments and ideas, Sectorial are arguably one of the most exciting bands producing at the moment. And they’re not new to the game by a long shot. They’ve proven to be incredibly prolific with a number of releases coming out since 2009. Their previous effort “Erase And Reborn The Humanity” quite literally had 23 tracks!

But it’s their latest effort that really has our attention right now. This is the album “We Are The Titan’s Rising Ashes”. It brings an insanely great dosage of Blackened Death Metal combined with native instruments and a hard working mindset as produced in Boyarka, Ukraine. You can stream the album in it’s entirety and purchase over on Bandcamp.

What really brings Sectorial into spotlight today, however, is their music video for the track “Tree Eater”. The video brings such a high level of intensity to the table, just as the music does. You can feel the energy bleeding out of these artists every second. Better yet, as the video progresses, the band performs in a ring of fire resembling a controlled forest fire. It’s really cool so give it a watch! 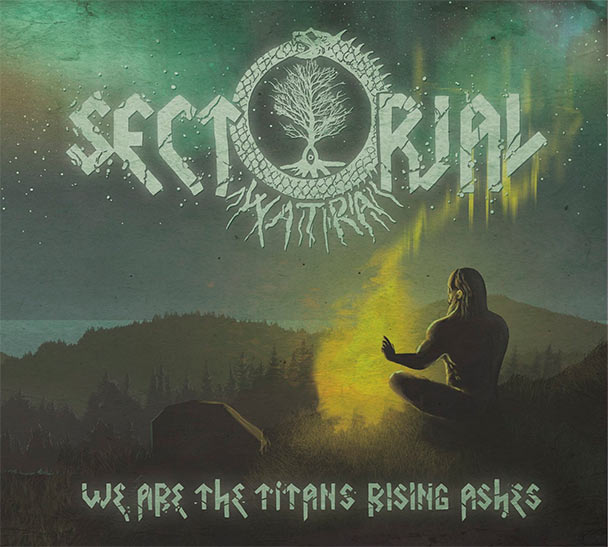