Diminish The Gods are an extremely heavy and technically focused group of musicians emerging from Sydney, Australia. They walk a tightrope between Technical Deathcore and Death Metal, showing a high level of musical prowess in the process. Their riffs, kicks, and delivery are incendiary to say the least.

This is shown in full force on the bands debut, self-titled EP, which they are currently in the process of reworking as a full-length album. It currently packs in six tracks worthy of opening the most ferocious maelstrom of mosh pits, with the exception of the spine tingling, chill worthy interlude.

This is a band that always seems to be onto bigger and better things. We’ve worked with them twice before to help release the EP and an incredible single in support. Now, they’re back again with their first ever music video! This was done for the track “Prionic Embrace” which is already awesome enough as a stand alone track – now there’s a visual clip to emphasize this! It comes across with a very cool, vintage, black and white sheen reminiscent of the earliest horror films. Think along the lines of Nosferatu letting a metal band into his home. Definitely give this one a go!

If you enjoy the music as much as we do, the Diminish The Gods EP is available over on Bandcamp. Also, give the guys a “like” on Facebook while you’re at it. There’s much more where this came from and this is only the beginning. You’ll want to come along for the ride! 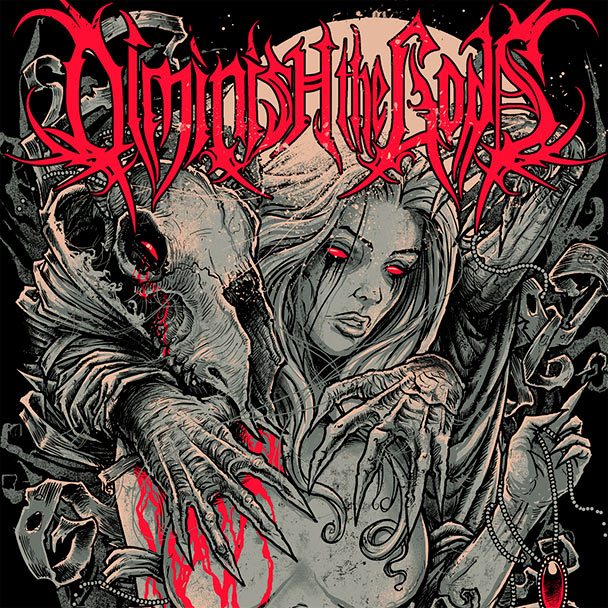