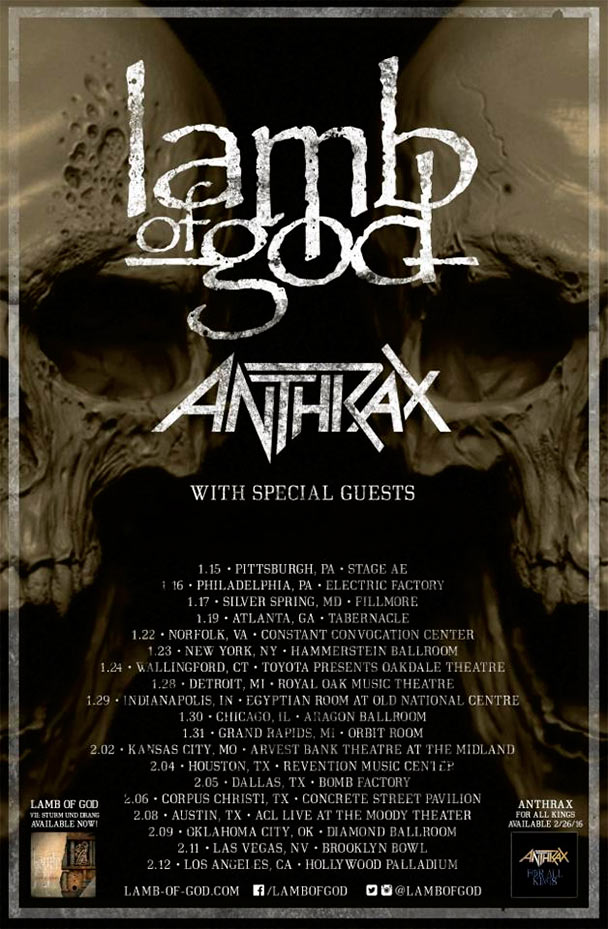 Yesterday, we found out Lamb of God would not be touring with Megadeth as they were rumored to. However, in an interesting turn of events, they’ll be heading on tour with another name of “The Big Four” around the same time the Megadeth tour will be happening. The bill stands as Lamb of God, Anthrax, and two other bands that have yet to be announced. Definitely didn’t see that one coming! Here’s the official press release in regards to this:

Dates are as follows: