I’m not quite sure why these jazz metal bands have been popping up onto my radar so much lately, but I’m more than content with it. I guess it’s just awesome to hear badass polyrhythms. Then again, I’m a little biased because drums are, to me, what pulls music into specific genres. Think about that, and listen to some thrash and then imagine a heavy cut time drum pattern and suddenly it becomes significantly more modern sounding.

Enough about that, let’s get back to the band at hand.

Yes their name means about what you think it means, yes they are German and yes, they are sick.

Probably the most interesting part about this band is that they have someone playing saxophone full time throughout the records. I should clarify, it’s not one solid held note… That dude would be inhuman. Not like Kenny G, but like if Lisa Simpson wanted to crush your face with some brutal honks of doom. But also like Kenny G. Except way better. Not that Kenny G is bad… if you’re into that sorta thing.

I actually find it a bit hard to describe Panzerballett when I tell anyone about them because they can be so smooth you almost don’t even realize you’re letting them into your brain, but they can also make you acutely aware of every sound they are making.

Just a hot mix of jazz fusion and complex polyrhythmic metal make them a hell of a trip.

Their music can be hard to get a hold of, but there will be links at the bottom to their albums from their site directly. They’ve actually released their most recent album ‘Breaking Brain’ yesterday and having gotten a hold of it (not that I have been waiting for it to come out or anything…) I really dig it just as much, if not more than their previous releases.

Since i was in the Studio tracking the new Panzerballett [Official FB] Album this week, i took the opportunity to record a little video demonstrating one of the weird grooves that´ll appear on it! It´s a 11:5 Polyrhythm orchestrated between my left SN/X-HAT (5/5) and FT/BD/SN (11=6/5)..hope you dig it as much as i do :-) 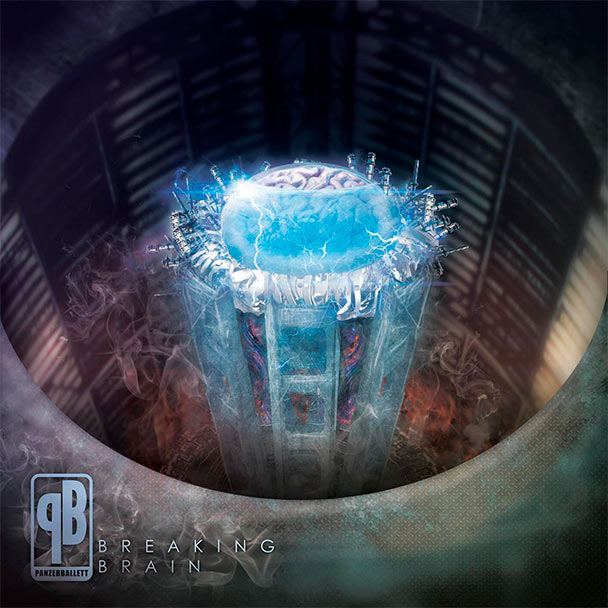