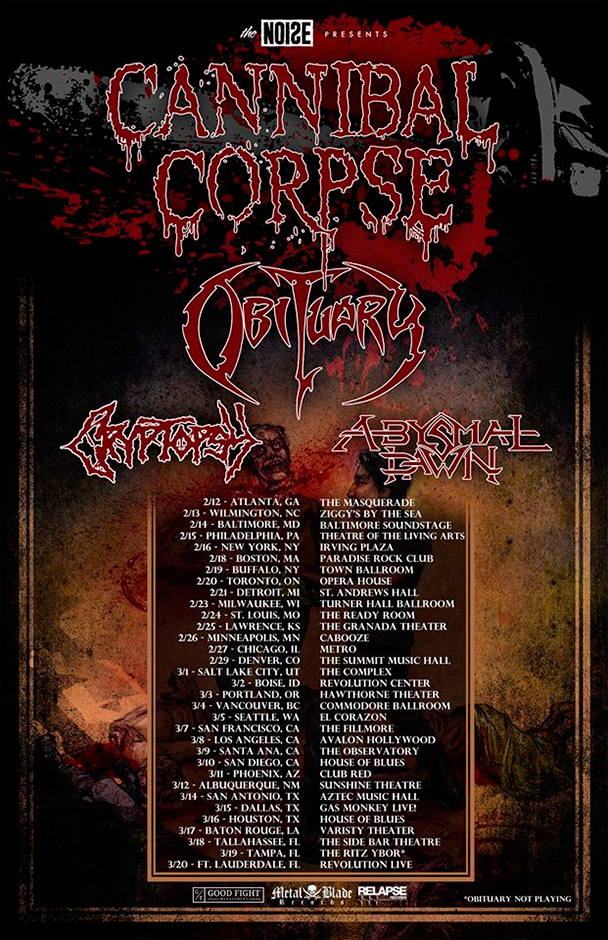 It’s rare that you get to lay eyes on such a legendary Death Metal tour… So the news of what’s coming next year may send a trickle of blood down your spine. None other than the monstrous Cannibal Corpse, Obituary, Cryptopsy, Abysmal Dawn will come together as one to devastate North America! This tour will truly be something else as almost all these bands took part in the rise of Death Metal as a sub-genre of metal, acting like cornerstones to the sound. These shows will essentially consist of one wave of legendary death pummeling after the other! If that doesn’t sound like a good time to ye metalheads, I’m not sure what would.

As per usual, you can check out all of the dates on that beautiful, blood-soaked flyer up above and see which of the festivities work for you. We’ve also included music from all of these brilliant bands down yonder. Stay metal, my friends \m/