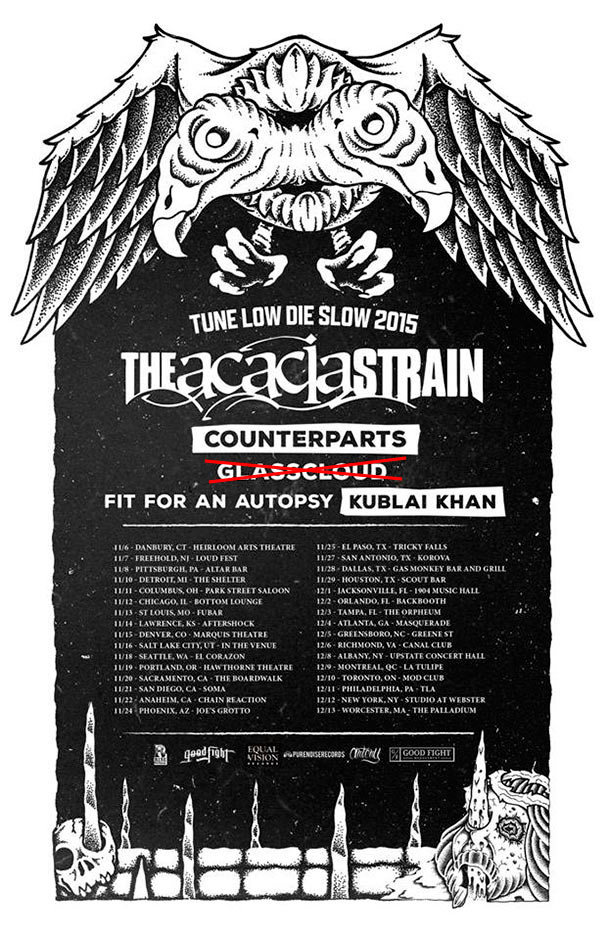 In an unexpected turn of events, Glass Cloud have apparently dropped their tour with The Acacia Strain, Counterparts, Fit For An Autopsy, and Kublai Khan. The trek, known as the “Tune Low, Die Slow Tour” was initially announced back in September. This was not formally announced but has been signaled by the changing of admats.

Now you know. And knowing is half the battle. Apologies for being the bearers of bad news and delivering disappointment but it’s still a great show worth checking out. Here’s music from all the bands sans Glass Cloud.