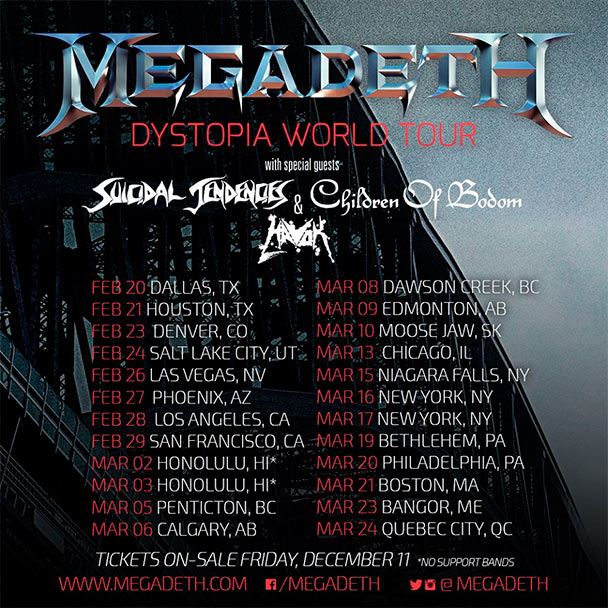 Ohhhh yeeeah! Megadeth have just announced the North American leg of what will be their “Dystopia World Tour”. This tour looks awesome to say the very least. Megadeth will, of course, be leading the way. On this venture, they’ll have direct support from none other than Suicidal Tendencies, Children of Bodom, and Havok. This may very well end up being one of the best tours of 2016!

If you’re interested in checking this one out, you can find the dates on the flyer up above. We’ve also included music from all of the bands just below. We’ll see you in the circle pit!