This is too good! A very legitimate Star Wars metal band has arisen! Producer Carson James Slovak (August Burns Red, Skeletonwitch, Black Crown Initiate, Texas In July, Everclear etc.) has teamed up with Grant McFarland (This or the Apocalypse and fellow Atrium Audio producer) along with a number of minions to bring us the band Galactic Empire. Their main influence is the dark side of the force. Aside from the Cantina band, this may very well be the best Star Wars nerd band ever formed!

They just made their debut today with a brilliant, full cover of the Star Wars theme! If you’re a fan of the Star Wars universe and metal music alike, this is a match made in heaven. You can watch the video for this below and pick up the single over on iTunes! The force must be strong with them because I’m not sure how they play so well with those gloves.

And of course, don’t forget that Star Wars Episode VII: The Force Awakens will be hitting theaters everywhere tomorrow, December 18th! May the force be with you all.

Band members are as follows (ignore the name drops from earlier). 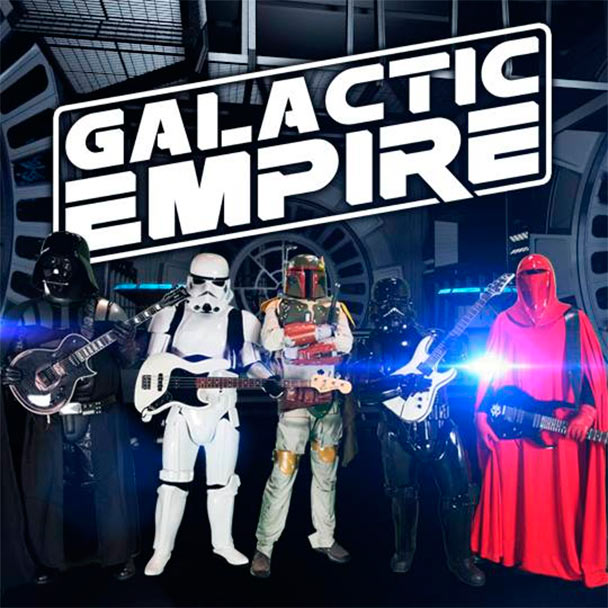 See More: For The Laughs, Galactic Empire
« Monuments Attempting To Recoup Lost $20,830
Throwback Thursday – After The Burial’s 12 Days Of Riff-Mas »