The Most Brutal Of Beverages

We recently asked the great people of The Circle Pit to tell us the most brutal beverages they’ve ever had the pleasure of drinking. So, as per usual, we got all kinds of answers ranging from serious to outlandish and hilarious. And here they are.. These are the most brutal of beverages according to the people.

*Note – most of these beverages are not recommended. Proceed with caution.

“The blood of a crow that had been cut open with a pentagram during a pagan ceremony.”

“Y’all should see the shit they got in Japan. They have a shot made of vodka and some kind of snake venom that numbs your liver so you can drink asinine amounts of liquor and not feel a damn thing until much later.”

“Fruit smoothies. CRUSHING AND GRINDING THE BODIES OF FRUIT INTO A BLENDER, DROWNING THEM WITH THE COLD BLOOD OF AN ORANGE OR THE LACTATE OF THE COW. THEY’RE BODIES GET PULVERIZED. FRUITY-BLOOD MIXTURE IS WHAT IS ALL LEFT OF THEM.”

“The blood from my teeth after they were knocked out by a hockey puck.”

“When I was a wee lad I accidentally drank dip spit from a Mountain Dew can… I have never vomited so hard.”

“Once I drank coca-cola while listening to fuckkken SLAYER.”

“Satan’s ladder, a half once of every alcohol at the bar.”

“白酒 a more potent form of Saki. I should have just drunk rubbing alcohol.”

“Storh rum, just held in my mouth to anaesthetise my acheing tooth. Got drunk in minutes.”

“A shot of campari….tastes of fucking body odour!!!”

“Everclear, unmixed and straight from the bottle….. We were breathing close to 15′ blasts of fire with that stuff after practice.”

“FOUR HORSEMAN OF THE APOCALYPSE….JACK DANIELS. JIM BEAM. JAMESON. JOHNNY WALKER. ALL IN ONE SHIT SHOT.”

“Whiskey, white rum, sambuca and absynthe….goes purple….and half a pint kills you.” 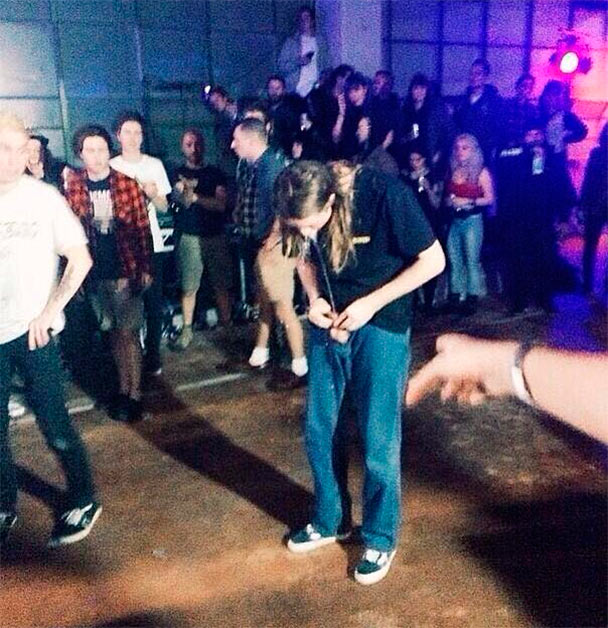