Walls of Jericho are officially set to return! They just announced the release of an all new album for March 25th through Napalm Records. They just unveiled the artwork along with the title which will be “No One Can Save You From Yourself”. There’s a lengthy press release that was put out in support of this. Take a gander:

Shrieking guitar assaults, sirens, words of warning, thousands marching… The intro for No One Can Save You From Yourself establishes in mere seconds that Walls Of Jericho are ready for the final resistance – after all, why would these hardcore/metalcore legends fall silent after almost 20 years? The five-piece loves to rub salt into gaping wounds, and Walls Of Jericho fans worldwide count on the unmatched aggression and integrity of Detroit’s daughter and sons – be it at their brutal live shows or on record! Eight years after The American Dream, Candace Kucsulain and Co. have found new allies in Napalm Records and seem more relentless than ever: there’s no space for soft nuances! Maddening riffing, downbeats, and huge breakdowns proudly display the band’s historical vigor.

No One Can Save You From Yourself is set for a March 25th release via Napalm Records. 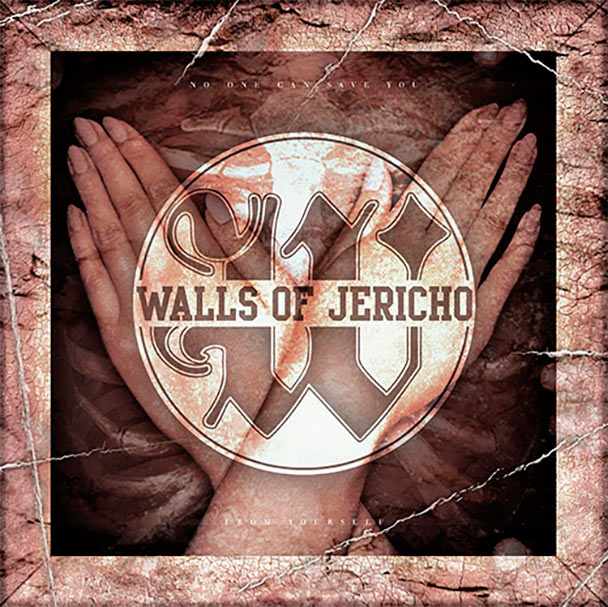 Front woman Candace Kucsulain on the new record: “Sometimes in life we lose ourselves, and for me it’s always been music that’s brought me back to who I am and what I love. It’s never to late to rediscover yourself. This experience was a reminder to “Find what you love and let it kill you”!”

The band added, “This record was a long time coming and it seemed it would never come to light, but it did so be ready!”

Seemingly overnight, stylized bands playing strains of melodic hardcore have sailed up the pop charts. But for Walls Of Jericho things have played out a bit differently. During the scene’s ascension, the band’s members have all but shunned the idea of a genre tag or an “image” and have instead focused their energies on making music that will survive strictly on its musical merits.

Most bands in the world can be lumped into one category or another, they are shuffled, redefined, and in that way they begin to lose the qualities that could make them important or meaningful. The greatest bands, the most influential or memorable, are the ones who don’t try to fill the role set for them, who don’t pursue anything other than the desire to make music, and the need to express that art to an audience. From the start this has been the mind-set of Walls Of Jericho.

Walls Of Jericho is: