Great news! Fallujah have just announced their third full-length record called “Dreamless”. This is due for release on April 29th. So, all things considered, not a bad wait at all. This will also serve as the band’s debut through the mighty Nuclear Blast Entertainment!

Along with this announcement came the unveiling of the LP’s beautiful artwork, made by Peter Mohrbacher. The process of creating “Dreamless” took place at Sharkbite Studios and Audiohammer. To be more specific, Zack Ohren (Animosity, Suffocation, previous Fallujah records) handled production duties and Mark Lewis (Cannibal Corpse, The Black Dahlia Murder) took care of the mixing and mastering. In other words, we know for certain this album will sound great!

You can find the official tracklisting under the artwork just below. Stay tuned for much more from Fallujah in the coming months! 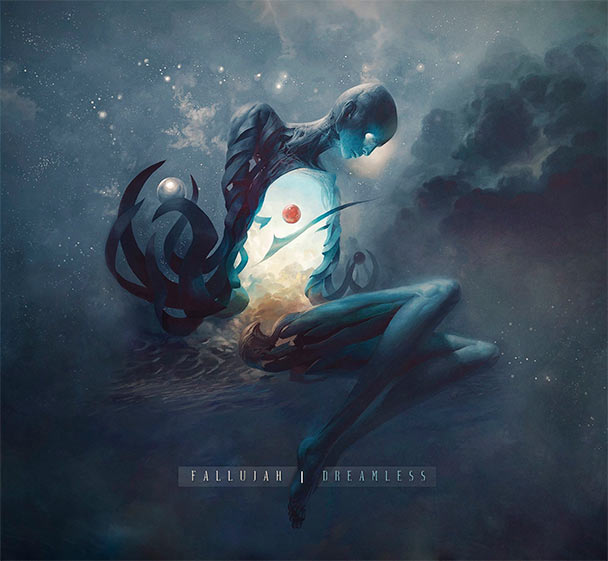