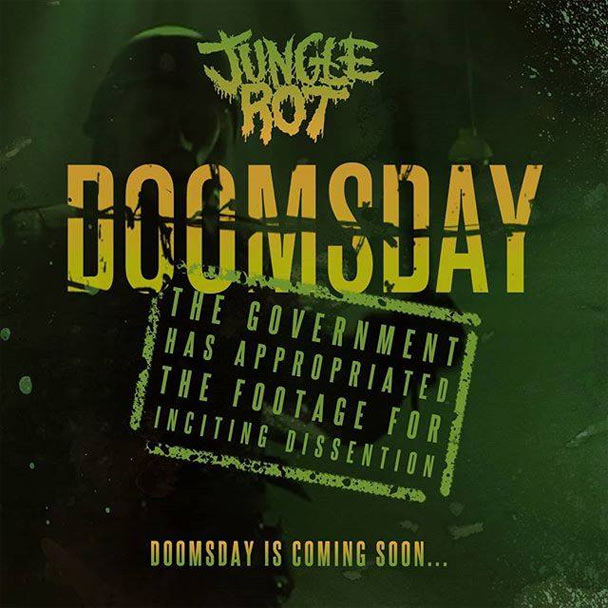 UPDATE – The video is now here. Take a gander.

Jungle Rot have been preparing a music video for their track “Doomsday”, taken from their latest album “Order Shall Prevail”. The release date for this has been postponed, however, as the band claims that the government has flagged them for “inciting dissention”. That being the case, the video is due to be re-worked and released next week.

Here’s the statement released by the band in regards to this:

Unfortunately, the premiere of the new Jungle Rot video for “Doomsday” has been postponed because we were flagged by the government for inciting ‘dissention’. The video will be re-edited and released next week. We apologize for the inconvenience, but we fought the law and the law won.

Thomas Jefferson once said.. “When injustice becomes law, resistance becomes duty”. Take that as you will. Jungle Rot appreciates all your support!

They also followed up in the comments by saying the following:

Just remember you guys.. Every single piece of commercial media is being checked out and reported on before the media allows it to be dispersed to the public.. and i dont mean Uncle Bobs Garage Blues Band youtube video for 2 viewers. One asshole decides he’s offended and makes a stink. Whatever .. whats done is done. We still tryna do what we do here.

While we  wait to see what “Doomsday” ultimately looks like. Here’s the band’s other most recent music video for the track “Paralyzed Prey” – which is actually very awesome \m/