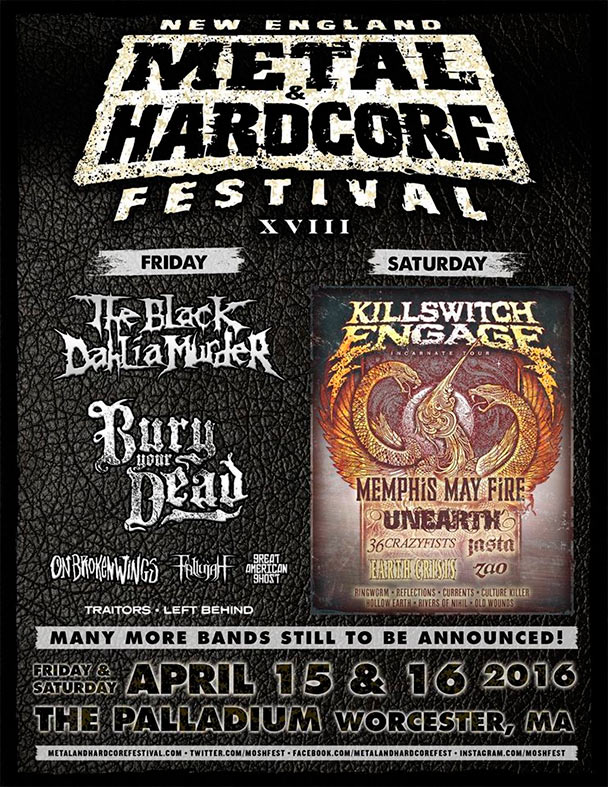 New England Metal Fest 2016 just announced the second wave of bands. The original announcement was complete with names like Killswitch Engage, Bury Your Dead, The Black Dahlia Murder, and Unearth. Now, name such as Fallujah, Rivers of Nihil, and Traitors have been added to the bill. You can check the updated flyer above along with a statement below.

The Internet went crazy when we first announced the dates and lineup for the 18th annual New England Metal & Hardcore Festival. We don’t want this mixture of excitement and nostalgia to escape you. So here you go, the lineup has grown, and we’re happy to announce that the second wave of band announcements has a little something for everyone: from progressive to death-metal, from old school hardcore to some of your home-town favorites, and everything in between. We have added: Fallujah, Traitors, and Left Behind to Friday’s lineup, and Jasta, Currents, Rivers of Nihil, and Old Wounds to Saturday’s lineup. Stay tuned, as there are still many more bands to be announced.