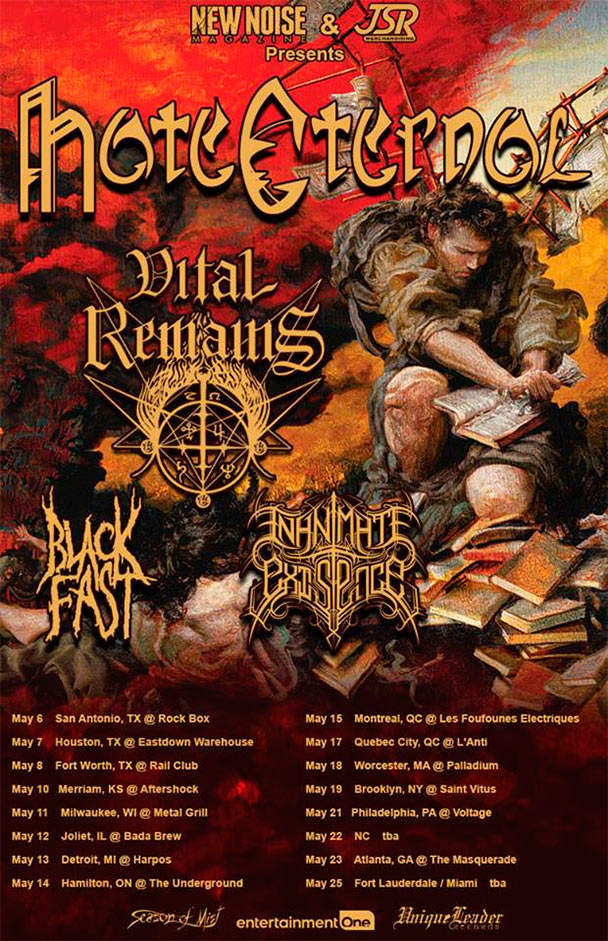 There’s a massive Death Metal tour set to take the North American east / south / midwest by storm this May! The lineup consists of nothing but talent as Hate Eternal adds onto their “Infernus” world tour. They’ll be supported by none other than Vital Remains, Black Fast, and Inanimate Existence. Check a snippet of the official press release and music below. Dates can be found on the flyer above as per usual.

Death metal legends Hate Eternal have announced new North American tour dates as part of the ‘Infernus’ World Tour. The new tour begins on May 6 in San Antonio, and runs through the Eastern U.S. and parts of Canada. Hate Eternal will be joined by Vital Remains, Black Fast, and Inanimate Existence, along with local and regional support bands to be announced in the coming weeks.