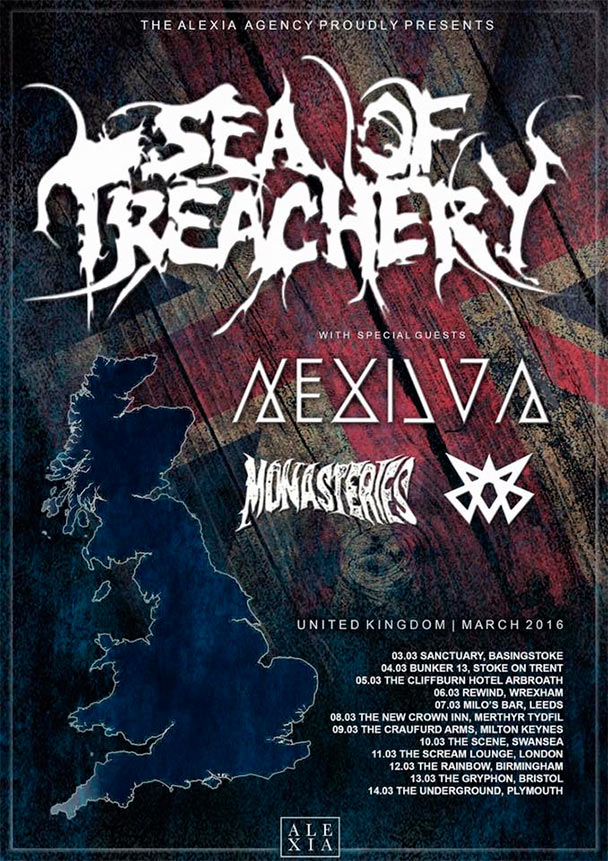 Currently on a United Kingdom tour with Sea of Treachery and Nexilva, the bands were slated to play an abnormally small stage in Swansea today (photographic evidence below, as supplied by RP’s Instagram). That being the case, Monasteries performed as dwarves to fit the venue (yet again, photographic evidence can be found below).

This is a step into new territory for Lord of the Rings metal. Your move, Blind Guardian.

Seriously though, it’s cool that everyone made the best of the situation and appeared to have a great time. With four dates left on the tour, I’d prompt all of our UK friends to check it out if they’re able. Also, check out the music below the photos because it goes hard as fudge!

Will a 6 piece band fit on this stage? There's only one way to find out…