To whom it may concern, it appears the Warped Tour 2016 lineup will officially be announced on Tuesday, March 22nd. Though, as it stands, you may not have to wait for the actual announcement.

It looks like the full lineup may very well have leaked over the weekend. This occurred when the following picture was posted up on the Las Vegas Hard Rock Hotel’s twitter account. So far, it appears to be very much legitimate. You can take a look over the flyer with all the bands right here, right now.

We’ll just have to wait and see if anything changes when the official word gets out.

UPDATE: The official line up has arrived. It includes a few more names than originally announced with the leak. Take a look for yourself: 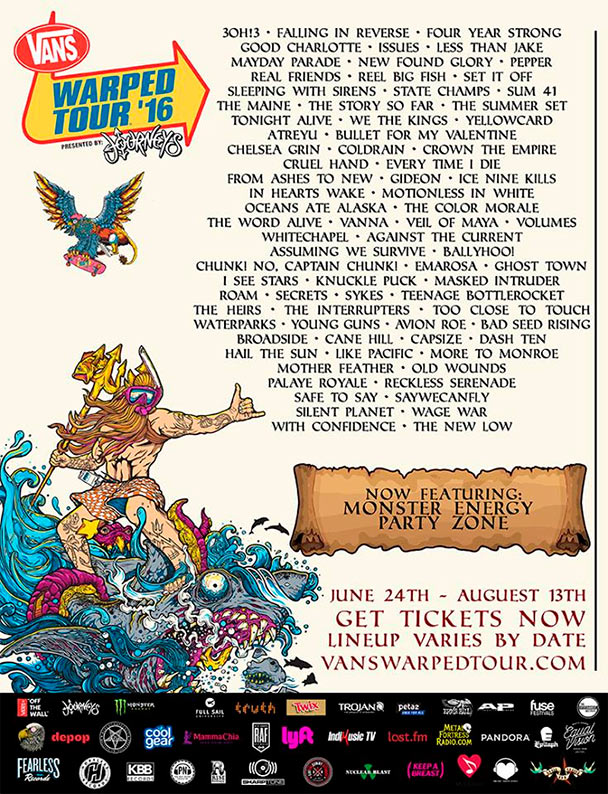