It was recently announced that Despised Icon reformed and signed with Nuclear Blast with the intention of releasing a brand new album. The LP will be known as “Beast”. Better yet, the record now has an official release date of July 22nd with the cover art unveiled. You can even listen to a teaser for the new music right here, right now!

Montreal based deathcore pioneers, Despised Icon, will release their Nuclear Blast debut, Beast, on July 22. The album was produced and engineered by former guitarist Yannick St-Amand (Beneath The Massacre, Neuraxis) and mixed/mastered by Andy Sneap (Megadeth, Opeth, Nevermore). Artwork was created by Alexandre Goulet. Check out the album teaser for Beast here.

“It’s been 7 years since our last record and our batteries are fully recharged,” comments the band. “The O.G. line-up is back and the new shit hits hard. You’ll hear sounds of our older slammin’ death metal days blended with the speed and technicality of our latest records. Cheers to everyone that has stood by us after all these years. Can’t wait to unleash the Beast.”

For many extreme music fans, it may be hard to remember a time before Despised Icon, given the massive influence they’ve subsequently had on the genre. But when the group formed back in 2002 and released Consumed by Your Poison the same year, there was little intersection between the sounds of classic death metal and the brute force of hardcore. But Despised Icon were among the first to fully embrace the signatures of the traditional death metal formula combined with a relentless embrace of breakdowns, part of an emerging new sound.

Now Despised Icon have returned with their upcoming album entitled, Beast. The genre-defining band is fully reawakened, poised to recapture the crown with the monstrous and merciless might of their potent expression. Featuring the men responsible for most of the band’s now classic death metal catalog, Beast is a vicious commentary on the state of the world and the state of music itself. 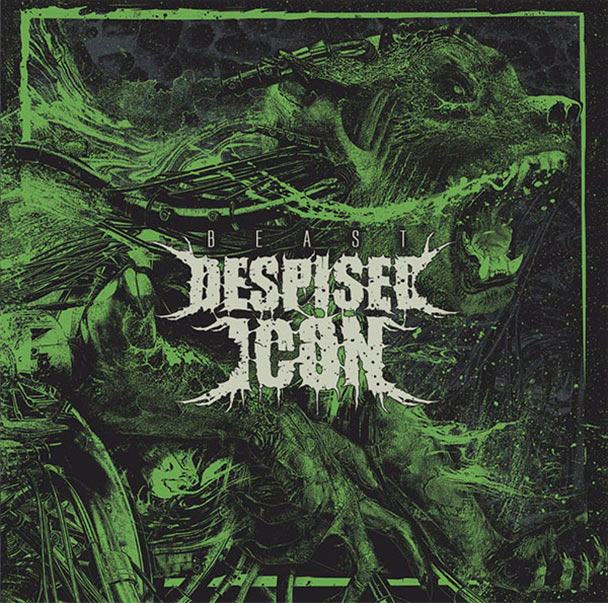