Hatebreed “Looking Down The Barrel of Today” Music Video

A selection from the upcoming Hatebreed album “The Concrete Confessional” has been released today! With the title “Looking Down The Barrel of Today”, it comes complete with a brand new music video as well! The album is set for a May 13th release through Nuclear Blast. You can check out the music video along with the official press release just below:

Revered for its aggressive and intense music coupled with self-empowering and positive lyrics, hardcore/metal band Hatebreed releases “Looking Down The Barrel of Today,” the first music video from their upcoming album, The Concrete Confessional, due out May 13 (Nuclear Blast worldwide).

Directed by David Brodsky (Cannibal Corpse, Whitechapel, All That Remains) the performance piece was shot earlier this month at the band’s rehearsal space in Connecticut. The video opens with the preface “Welcome to Two Minutes and Forty-Seven Seconds with Hatebreed,” and includes special text throughout that was written by vocalist Jamey Jasta as a message of keeping a positive mental attitude. You can check out the video here: 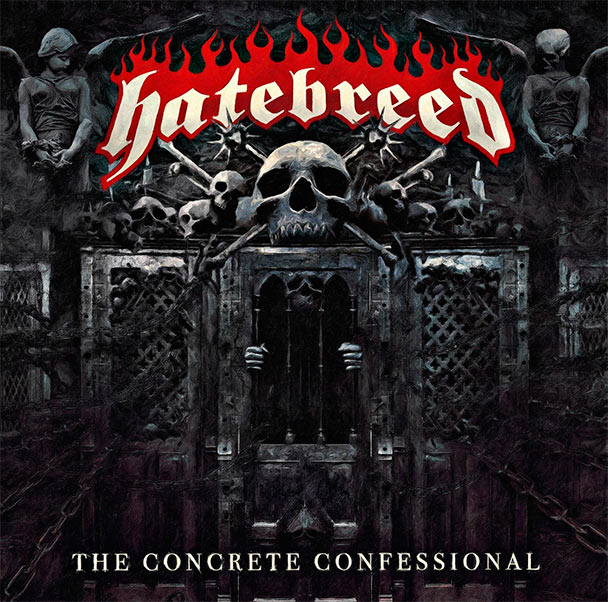