Monuments Drop Off Tour With The Contortionist, Entheos, Etc. 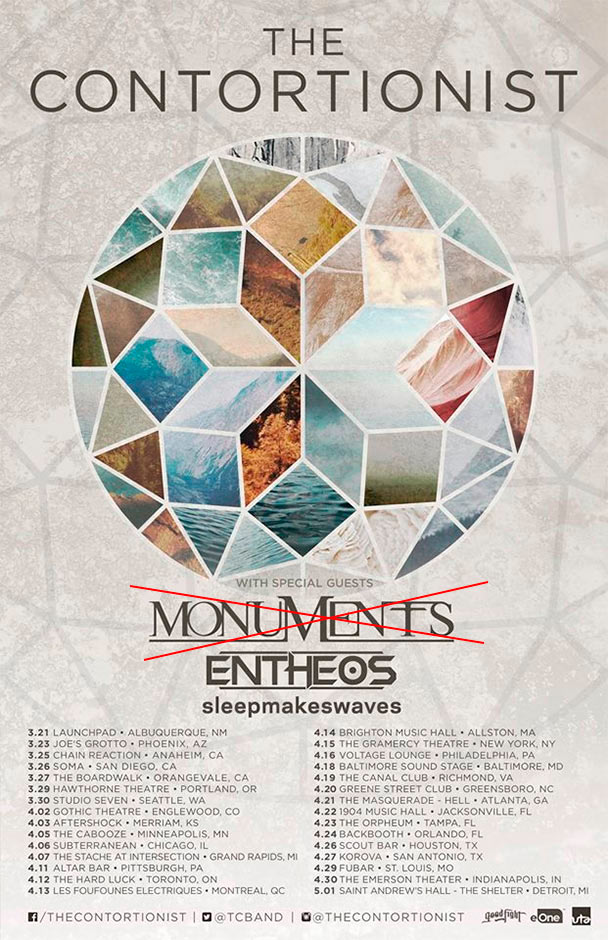 If you haven’t heard, Monuments have been forced to drop off their current United States tour with The Contortionist, Entheos, and sleepmakeswaves dude to financial reasons. This is likely the direct result of the band (and many others) getting ripped off by the promoters of Australia’s Soundwave festival in which the band lost $20,830. They issued the following statement, effectively announcing this departure:

“We must regrettably inform you that Baltimore will be the last show for us on tour with the contortionist, Entheos and sleepmakeswaves. We’ve tried everything in our power to continue to the end of the tour, but financially, we just can’t make it happen.

“A huge apology to those of you who were coming to see us at one of the remaining shows, but PLEASE go along and see the tour, buy some merchandise and support live music. Thanks to everyone who checked out the instrumental set on this tour. We had a blast. Maximum love to Contorts, Entheos, sleepmakeswaves and all crew for understanding. Yall rule.”