For those who don’t know at this point – As I Lay Dying frontman Tim Lambesis is currently serving jail time for attempting to put a hit on his wife. You can read much more about that situation by CLICKING HERE.

Now, here comes the question of the day… Would you like to be the proud owner of a Tim Lambesis Prison Inmate ID? Because it appears that Tim’s prison ID is available for auction on eBay with a starting price of $500. No bids yet… It’s being sold by someone who was allegedly serving time with Lambesis before finding freedom. This is equal parts funny and sad… The following description came with the posting:

“Tim Lambesis is an American musician and producer, best known as the founding member and lead vocalist of American metal-core band As I Lay Dying. He was sentenced in May 2014 to six years for trying to hire a hit-man to murder his wife. Current owner (who wishes to remain anonymous) of this article was incarcerated with Tim and befriended him. When asked by Tim what he could do for his close friend (and self-claimed biggest fan!), this identification card was given to him by request. There is only one like it… outside of prison, that is.”

You can take a closer look at the prison article here. You can also check out the eBay posting by CLICKING HERE. 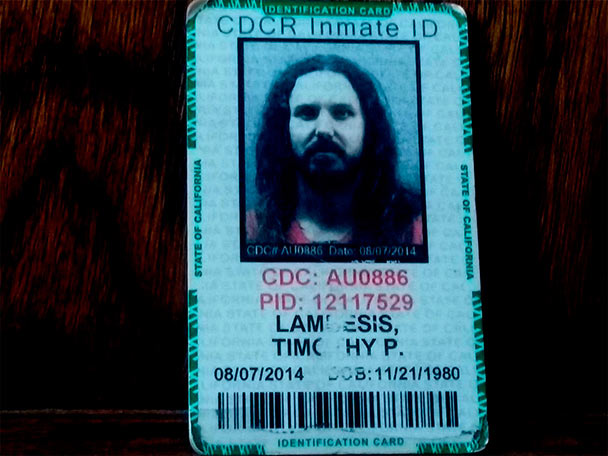