There was recently a lot of hubbub around the possibility of clean vocals on the new Whitechapel album. However, the band just released a brand new track and it’s anything but light. The new single “Mark of the Blade” serves as the title track for the band’s upcoming album of the same name to be released on June 24th. This will occur through the power of the usual Metal Blade Records. You can check the single along with the official press release down yonder:

On June 24th, Whitechapel will release their sixth full-length, Mark of the Blade, worldwide via Metal Blade Records. Pushing their sound forward with each successive release, Mark of the Blade remains true to the band’s roots while venturing into previously unexplored territory, both sonically and lyrically. To view the lyric video for the first single – the album’s title track – and to pre-order the record in various formats, please visit: metalblade.com/whitechapel.

Reunited with producer Mark Lewis (The Black Dahlia Murder, Cannibal Corpse), Whitechapel has redefined who they are and what they are capable of with their new album, Mark of the Blade. Kicking off with “The Void” – which has a Slayer-esque ferocity that is perfectly suited to the band’s three-guitar attack – the songs that follow all leave a distinct impression, and by the time the rich, dark melodies on “Decennium” bring the record to a close, it’s impossible to deny the emotional weight brought to bear. “It’s the most dynamic record we’ve done, in the sense that one song can be very aggressive while the next one will be softer and sentimental,” guitarist Alex Wade asserts. “At this point in our career and as we grow older, we are taking a more open-minded approach to creating our music, allowing what we think sounds good to evolve naturally, rather than to just write what is expected of us.”

Mark of the Blade track-listing: 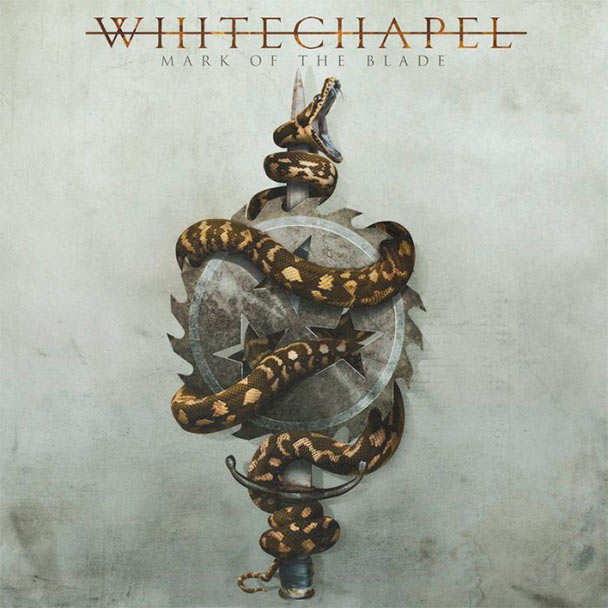