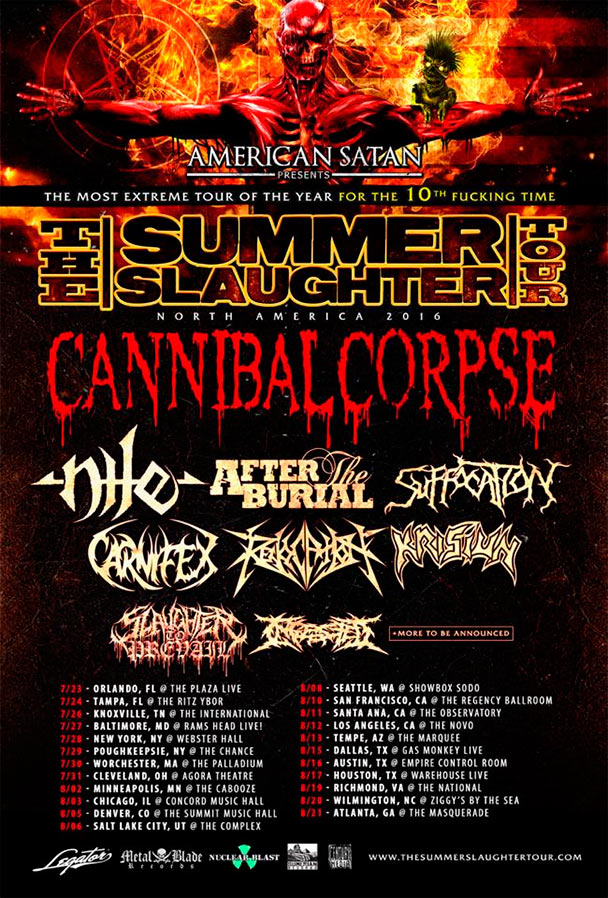 The time has come! The Summer Slaughter Tour 2016 has officially unveiled it’s impressive line-up. Starting in July and spanning into August, none other than Cannibal Corpse, Nile, After The Burial, Suffocation, Carnifex, Revocation, Krisiun, Slaughter To Prevail, Ingested, and a few more bands to be announced will be destroying North America with their metallic prowess. As with every year at Summer Slaughter, these are guaranteed good times!

Expect more announcements soon including the list of dates, ticket sales, and additional bands… In the mean time, let there be music!

Update – An updated flyer including all the dates can be found above!