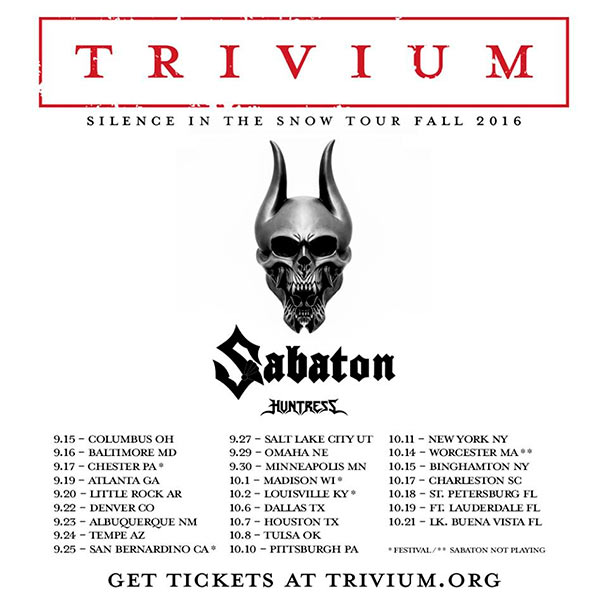 The United States will soon be smacked with some metallic might! The forces of Trivium, Sabaton, and Huntress will cross paths to trek the nation! This madness will be starting up in September and ceasing in October. You can find the dates on the flyer up above. Music and the official statement can be found down below.

Trivium frontman Matt Heafy commented on the band’s excitement to return stateside exclaiming, “America! We’re coming back to party with all of you. This year has already seen countless cities in numerous countries, and now is the time to bring it back to our home country with our brothers and sisters of metal.We are beyond excited to have one of our favorite bands on the planet, Sabaton on the bill; and we are absolutely stoked to have the incredible Huntress out with us as well. We will be bringing you a show to remember; playing all your favorite tunes off your favorite records.”