Lots of great news just hit from camp Allegaeon! The band just announced the album details for their new LP “Proponent for Sentience”, which will be released on September 23rd through the mighty Metal Blade Records! Pre-orders are currently available HERE.

In support of this effort, they just released a brilliant new track called “Proponent For Sentience III – The Extermination”. This comes complete with a semi-hilarious video featuring a cutout puppet of Soilwork singer Bjorn “Speed” Strid. Scar Symmetry guitarist Benjamin Ellis also makes an appearance on the track. Give this one a listen just below! You can find the official album details below that.

“Proponent for Sentience” will be released worldwide via Metal Blade Records on September 23rd. It’s available for pre-order now at: http://www.metalblade.com/allegaeon

Pre-order bundles include marbled violet vinyl, 180g black vinyl (both are 2x LPs), t-shirts, and an ultimate bundle with a Legator Guitars Ninja 100-PE 8-String guitar so you can shred just like Mikey!

Right now, you can stream our new video for “Proponent III – The Extermination” at youtube and right here. Thanks to Björn Strid from Soilwork and Benjamin Ellis from Scar Symmetry / Ex-Bloodshot Dawn for their help with this track!

Spread the word, tell your friends, and we’ll see you on tour and at Ozzfest / KNOTFEST! 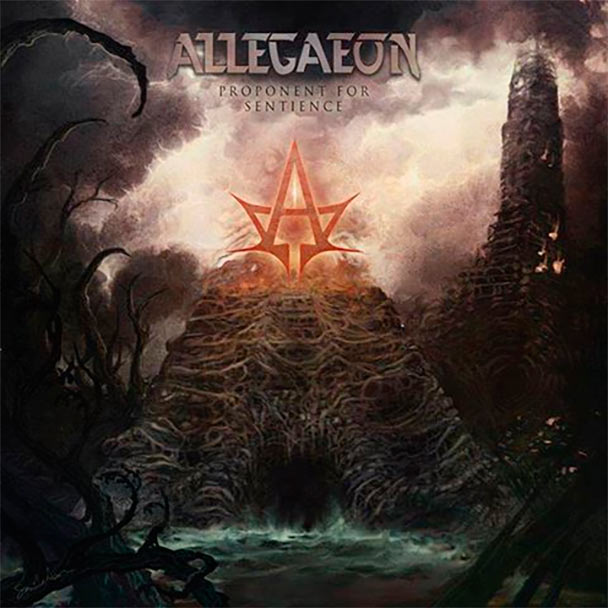