Fit For An Autopsy “Flatlining” Single

August 12th is tomorrow which means The Acacia Strain, Thy Art Is Murder, Fit For An Autopsy split might as well be here! The hype is real. The release will be known as “The Depression Sessions” and will be launched through the mighty Nuclear Blast Entertainment. The split was recorded in December of last year at Graphic Nature Audio in New Jersey. That being the case, Thy Art Is Murder still had CJ McMahon as their vocalist at the time.

In support of this, Fit For An Autopsy just released their single “Flatlining”, complete with a lyric video! You can check this out below along with the official statement in regards to the impending release! To listen to the singles from The Acacia Strain and Thy Art Is Murder, you can CLICK HERE.

Behind the scenes videos for the project are available to those who CLICK HERE.

The Depression Sessions comes out tomorrow! Hope you enjoy it!

In December of 2015, three bands with three different stylistic approaches to aggressive music, but a common outlook on the world, came together to create a collective piece of work – The Depression Sessions. Those three bands were THY ART IS MURDER, THE ACACIA STRAIN and FIT FOR AN AUTOPSY and on August 12, Nuclear Blast Entertainment will release the results of this experience both digitally and on limited edition vinyl.

Today, the lyric video for the song “Flatlining” by FIT FOR AN AUTOPSY can be viewed here.

“This was a challenging experience for me,” commented producer and FIT FOR AN AUTOPSY guitarist Will Putney. “Recording three bands at once, one of them being your own is a very intense thing. Lots of coffee, lots of headaches, but a rewarding end result.”

Putney continues:
“With ‘Flatlining’ we went a little more melodic and moody to balance out the full on aggression of the other songs on the split. It was fun to try some new tricks. NINE INCH NAILS is a collective band favorite, and I loved how ‘The Perfect Drug’ translates so well with our style, so that was an obvious cover choice for the band. Hope you like it!”

THE ACACIA STRAIN recently made the track “Sensory Deprivation” available for download on all major digital music platforms. Receive the song, along with “They Will Know Another” by THY ART IS MURDER, as an instant download now when you pre-order the album digitally via iTunes and Amazon

Check out this lyric video for the first single “They Will Know Another” by THY ART IS MURDER, here. The song, as well as their cover of RAMMSTEIN’s “Du Hast”, are the last pieces of music the band recorded before the departure of vocalist of CJ McMahon.

The Depression Sessions was produced, engineered, mixed and mastered by Will Putney. All the bands tracked in December 2015 at Graphic Nature Audio in Belleville, NJ. Cover art was created by Dan Bradley with a layout by Forefathers.

The Depression Sessions track listing:
1. Thy Art Is Murder – They Will Know Another
2. The Acacia Strain – Sensory Deprivation
3. Fit For An Autopsy – Flatlining
4. Thy Art Is Murder – Du Hast (RAMMSTEIN cover)
5. The Acacia Strain – Black Hole Sun (SOUNDGARDEN cover)
6. Fit For An Autopsy – The Perfect Drug (NINE INCH NAILS cover) 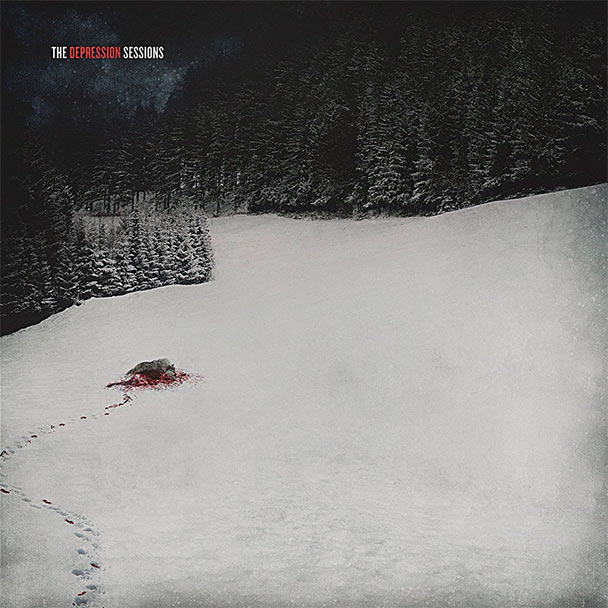