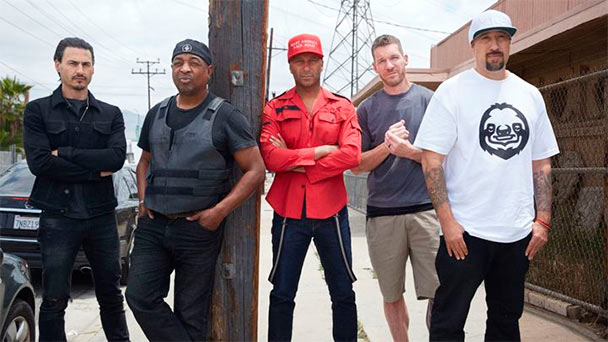 For those who haven’t heard, Prophets of Rage is the name. This band is the merge of Rage Against The Machine (minus Zack de la Rocha), Public Enemy’s Chuck D, and Cypress Hill’s B Real. The very proposal is equal parts interesting and exciting to say the very least. The name is based off the Public Enemy classic and the band has done nothing but make headlines since their inception 3 months ago. Whether it be for their already notable live presence or crashing the Republican National Convention, these legends have been on the move.

Now, they’re planning to release their debut EP this month! Going by the name of “The Party’s Over”, the record will see the light of day on August 26th! Here’s the track lising for the forthcoming effort: