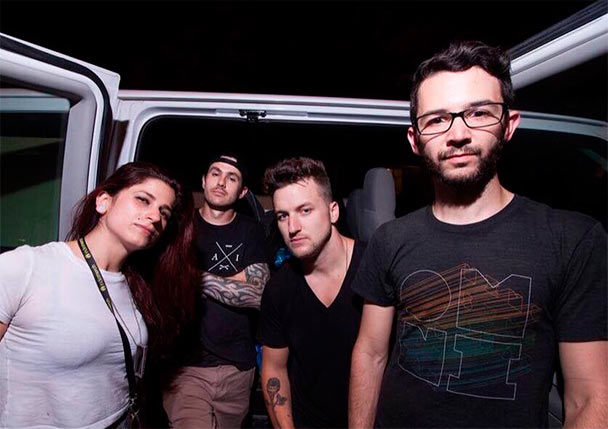 Here’s some awesome news! Entheos have been on the hunt for a new, full-time guitarist since Frank Costa (Animosity) split with the band. Originally, the replacement came through Malcolm Pugh (Inferi). Now, however, they’ve brought on none other than Travis LeVrier (Scale The Summit) as a full-time guitarist! Just when this super group couldn’t get much more super…

For the record, we’re not sure what effect this will have on Scale The Summit. Only time will tell.

Either way, Entheos had the following to say about this:

“We’re excited to announce our friend Travis LeVrier as the permanent guitar player of Entheos. It a pleasure touring with him, and we have already begun writing a new album together. See you guys on the road with The Dillinger Escape Plan, O’brother and Cult Leader this fall!”

And just to cement the addition of Travis to the line-up, they recorded an absolutely sweet playthrough which you can check out right here: