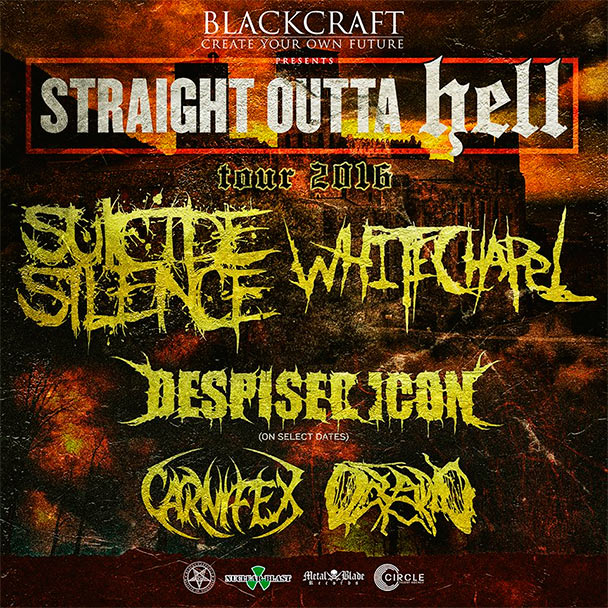 Whitechapel will co-headline a US run with Suicide Silence this Fall. The “Straight Outta Hell” tour also features Carnifex and Oceano as support, with Despised Icon appearing on select shows. This must-see trek kicks off in late September and ends in late October – see below for the confirmed dates.

This might as well be the ultimate Deathcore tour. While the dates have yet to be made public, it has been officially announced that Suicide Silence, Whitechapel, Despised Icon, Carnifex, and Oceano will be stomping North America sometime soon! This will be known as the “Straight Outta Hell Tour 2016”. Seems appropriate. While we wait for the incoming set of dates, you can check out recent music from all the bands down below. More news soon…