Woah there! This is a new band that needs to be heard! The Exiled Martyr are the real deal, bringing extreme levels of talent along with exceptional compositional abilities to the table. Stylistically, they merge a number of sounds, all while bringing their own touch into the mix. For the sake of simplicity, we’ll just say that they bring together an excellent merge of Progressive Metal and Melodic Death Metal. But, in reality, that’s just scratching the surface of what this band has to offer. The Exiled Martyr easily has the chops to stand alongside contemporaries like The Black Dahlia Murder and Veil of Maya just to put things into perspective.

Formed back in 2013 and following up a demo released at the turn of this year, The Exiled Martyr just released their debut full-length album this month! Going by the name of “Stagnant Waters Breed Life”, the experience consists of 8 heavy hitting tracks ready to cause upheaval wherever they’re heard. One can only imagine the live experience following such a bold sound. As mentioned, the talent level is through the roof so it’s safe to expect large amounts of shred and impressive musical wizardry.

After giving “Stagnant Waters Breed Life” a listen, we knew it was meant to be. So we got in contact with The Exiled Martyr which brings us here today! The entirety of this album is now live and streaming over on YouTube for your listening pleasure! Go ahead and press that “play” button just below and show these musicians some love and support! Their music is currently available over on Bandcamp! 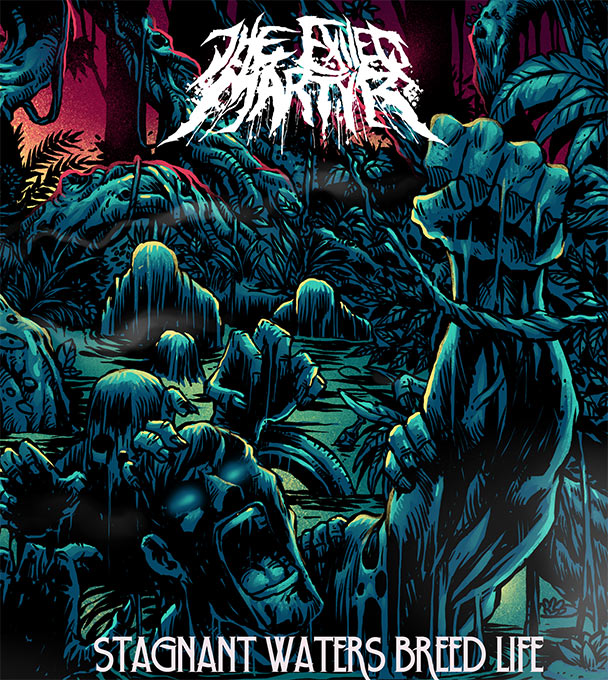