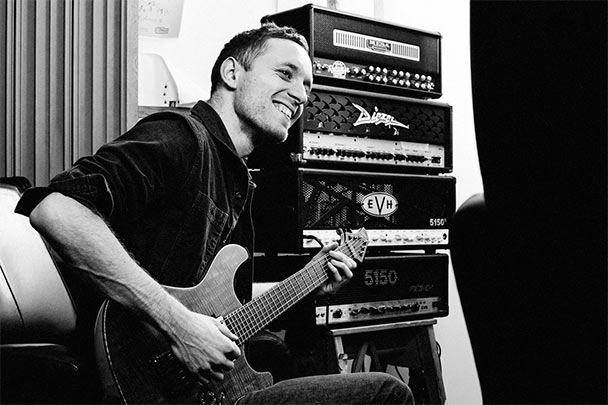 This is truly staggering. Following the tragic passing of Architects guitarist Tom Searle, fans raised ~$41,000 for the hospice known as Martlets. This is where he spent his final days and has received nothing but praise from the band and his family. This level of donation truly speaks volumes for the passion of our community. The following statement was released in response to this:

“This week the music world has continued to pay tribute to Architects guitarist Tom Searle, who passed away aged just 28, following a three-year battle with cancer. Tom was cared for by Martlets and his family have set up a Just Giving page in memory of him.

There have been more than 1000 donations from fans around the world, it’s a true testament to the huge amount of love and respect the world had for Tom. Over £30,000 has been raised for Martlets, the biggest public response the hospice has ever seen to an online fundraising page.

“Whilst the fundraising is amazing, we cannot lose sight of the tragedy of Tom’s death. Ourthoughts are with his family, friends and fans at this desperately sad time.

We hope that all who loved him will find some comfort in seeing how many people have been moved to donate to Martlets. It is truly humbling.

The funds raised will help Martlets to continue providing hospice care for local people and their families when they need us most. We are extremely grateful for everyone’s support.”