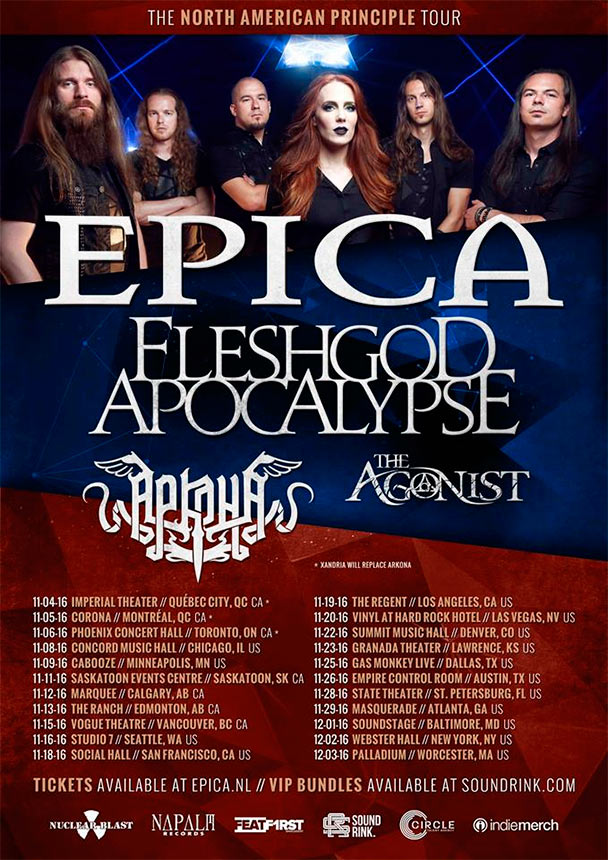 9/26/16 UPDATE – Fleshgod Apocalypse, Arkona, and The Agonist have announced side shows in addition to the main touring run with Epica. These dates can be found right here:

ORIGINAL  – Here’s the official word from Epica in regards to their upcoming North American tour:

We are excited to announce that we will return to North America this fall for the North American Principle Tour. It will be the first tour in support of our upcoming album “The Holographic principle”. We will be joined on this trek by Italian symphonic death metal kings FLESHGOD APOCALYPSE, Russian Pagan warriors Arkona and their good friends in The Agonist. The first three dates will see Germany’s Xandria as a replacement for Arkona. VIP tickets are on sale now from epica.soundrink.com and general ticket pre-sales will start this Wednesday June 29th at 10:00 local time.