There’s a heaping helping of incredible music set for release on October 14th. You may or may not remember our friend Clément Belio with his exceptional and well rounded musical prowess which has received critical acclaim in the past. He’s been working with a highly talented group of equally exceptional artists in Itzamna. Collectively, they do some that’s quite commendable – making music for the sake of music. This means they cross some ridiculous number of genre lines from Jazz to Prog to Math Rock to lord knows what. This is an undeniable creative force.

And, as hinted in the opening sentence, they have quite the treat coming for our ears this upcoming month. October 14th will see the release of their debut full-length album “Chascade”, following up the brilliant 2014 release “Mental” – not to mention their various solo projects. They were nice enough to give us a full listen of what’s to come and… wow… it’s truly incredible!

For a taste, the band released a single in the form of “Thale”, the third and final part of a series set into the center of the album. You can have a listen just below. Under that, you can also read over a lengthy statement from the band. Let there be music! Let there be pure creativity! Long live Itzamna! Show these guys some love…

After 2 years in the making, including the preproduction process, studio recording, the actual production, our respective student life, doubts and anticipation, excitations and disappointments, we can finally share with you something that we’re very proud of. Our main goal is achieved, we truly love the music we’ve made and that’s pretty much all that matters for us.

The best thing that could ever happen now would be for you to like it at least as much as we do.

So maybe, let me introduce you to it, with the right choice and amount of words, non sense and approximate images.

CHASCADE is the perfect summary of what ITZAMNA is, of who we are. The result of a lot of combinations, powered by our similar tastes and our strong friendship. We wanted it to be as eclectic as possible in genre, but as consistent as possible within the production itself.

And if every track has a little description, story, thing, attached to it, it’s pretty hard to really step back on the final object to see it as a whole, especially since the amount of dedication we put in it prevents us to discover it « like new ».

Anyway. We love cats and waterfalls (« chat » and « cascade » in french), so here you have something that should never happen in music, a poor word play as an album name. Hopefully music wise it’s complete, you got some mathrock, japanese stuff, smooth jazz rock, fusion, progressive elements, djent, hip hop grooves, electronic stuff, orchestral majesty, and pretty much everything you could expect from the « internet independent prog field » these days.

And still, we managed to craft some high quality material that has nothing to do with an amateur mixtape recording, while keeping it 100% autoproduced and 100% crowdfunding free. Which is one of the reason why it took us that much time. The main consequence of taking so long to get where we are today, is that our expectations about that album changed over the time, and the spirit we had when we started evolved a bit more every time we added a new instrument, finished a new track. The second consequence of it is that it allowed us to mature every single details in every tracks to shape it perfectly the way we wanted. The third consequence is the best, we are broke, like every other student and independents bands on the planet. 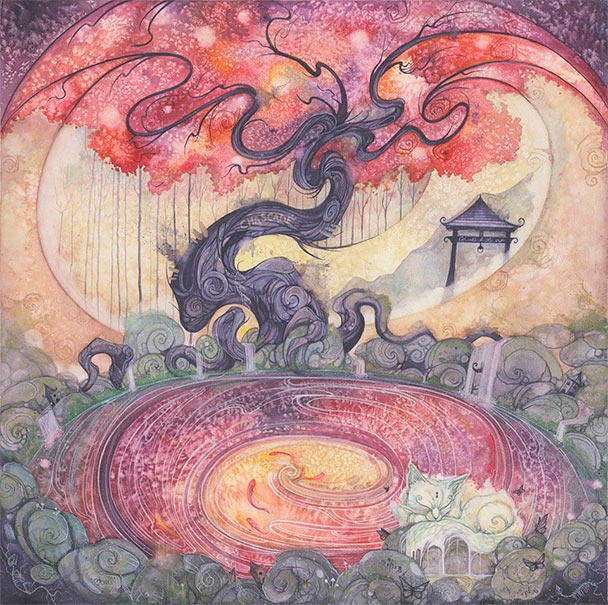