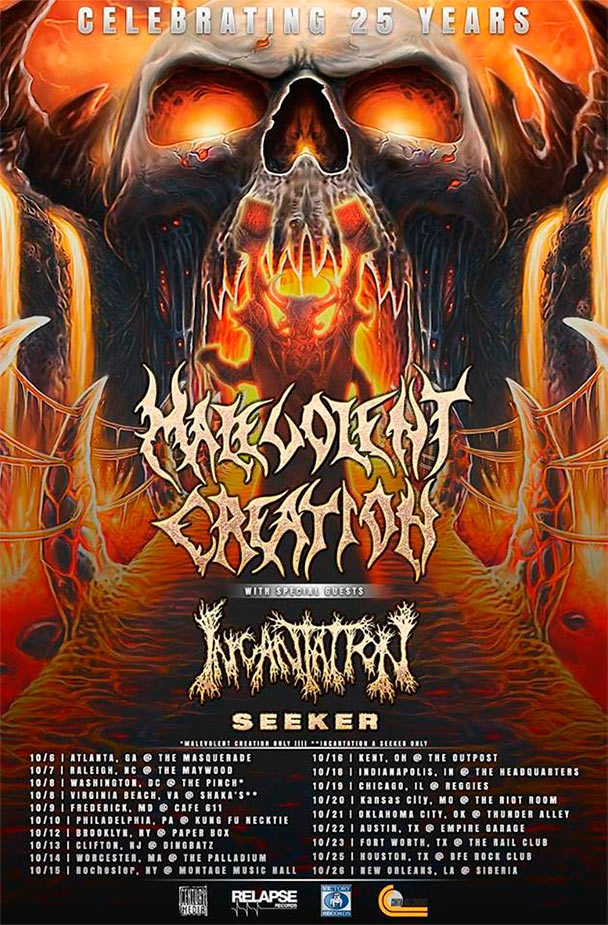 It appears that 25 year tour for Malevolent Creation will not be happening. It also appears that the band’s bassist Jason “Jay Black” Blachowicz had left the band for “circumstances beyond my control.”

The news of the cancellation surfaced via Incantation who were meant to tour in direct support. They had the following to say:

“As much as it saddens us to say, we want to inform all that our upcoming October tour has gone through major changes. Malevolent Creation has cancelled and we are in the process of attempting to maintain some of the already prescheduled dates. We will posts any new developments as they surface in regards to these locations.”