Until We Die “A World In Flames” EP Stream Exclusive

The world is filled with solo projects and one man bands. However, they’re not usually quite this ferocious. Presenting Until We Die! This is a one man band fueled by the mind of Niko Apostolakis from Vienna, Austria. He’s responsible for constructing a monstrous sound crossing elements of Melodic Death Metal and Deathcore along with his own style. The results are certainly notable.

Currently, Niko is gearing up for the late October release of his debut full-length called “Before the Decay of Time” featuring guest spots from names like Dan Watson (Enterprise Earth, ex-Infant Annihilator) and Rok Rupnik (Within Destruction). However, that’s not what brings us here today. Until We Die has proven to be quite the prolific one man band seeing as Niko also put out a solid EP release just mere months back. Going by the name of “A World In Flames”, it comes crashing down on the listeners head in the best way possible.

We opted to team up with Until We Die after hearing this and now have a full stream for “A World In Flames” up on YouTube! You can scope this out just below. If you enjoy the music, keep in mind that it’s available for a “name your price” download over on Bandcamp! That’s one hell of a deal! Show some love. 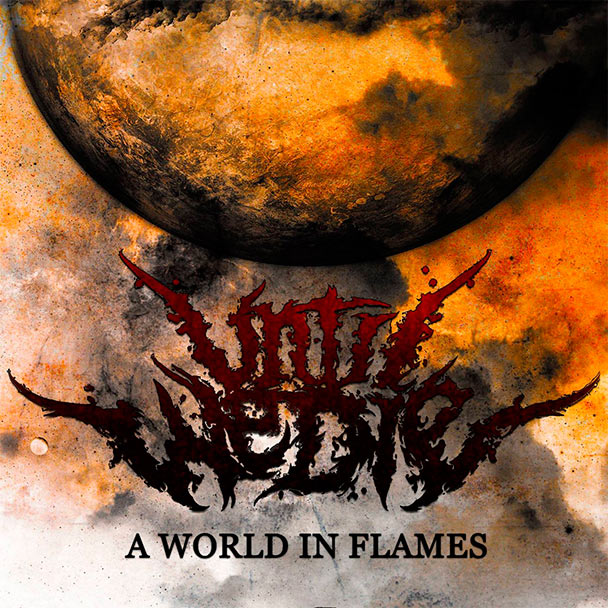