We’re proud to present an all new lyric video for the extremely talented Tampa band Alpha Decay! This Floridian six-piece Progressive Metal unit initially came across our radar after blowing the mind of our writer Logan with a live performance alongside Angel Vivaldi. You can read his detailed account down below. They’ve stayed on our radar with the release of their debut “Alexandria”.  This is a release “melting faces by a shred factor of 11.”

To get a taste, have a listen to the “Visions” lyric video just below. For more where that came from, head over to Alpha Decay’s Official Website and show these highly skilled musicians some love!

It’s always awesome when you come across a local act that shows a ton of potential.

Recently, I went to see the amazing Angel Vivaldi at a show in Tampa and one of the opening acts intrigued me greatly. It pumps me up when I see up and coming acts shredding and putting a show on like they’ve been running the stage for a while.

Alpha Decay took me aback when they started their first tune. With a lot of local acts claiming to run the gamut of heaviness and prog, I typically don’t pay too much mind to them unless of course they capture my attention nearly immediately. They pulled me in immediately with their awesome melodies and badass vocals.

I had to run to their merch table to grab their album after their set because it NEEDED to be part of my collection.

Delightfully prog-filled and entirely what I hope for when I listen to what I consider the epitome Progressive Metal; Alpha Decay is massively talented and I hope they go the distance.

I look forward to future releases and am glad to have added this album to my musical library. 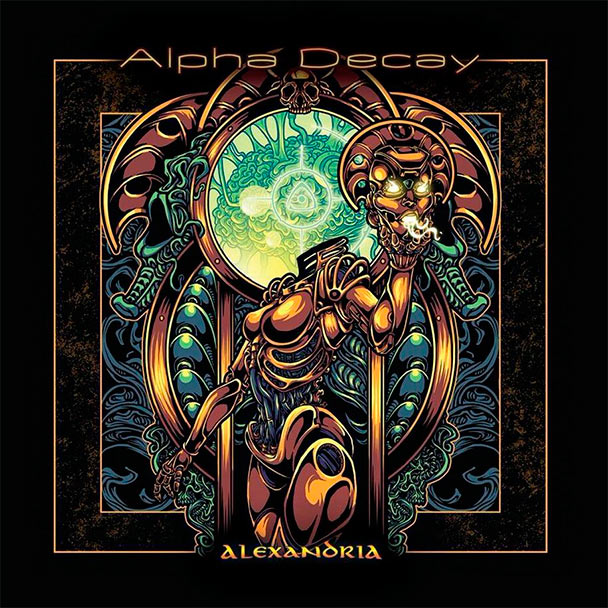