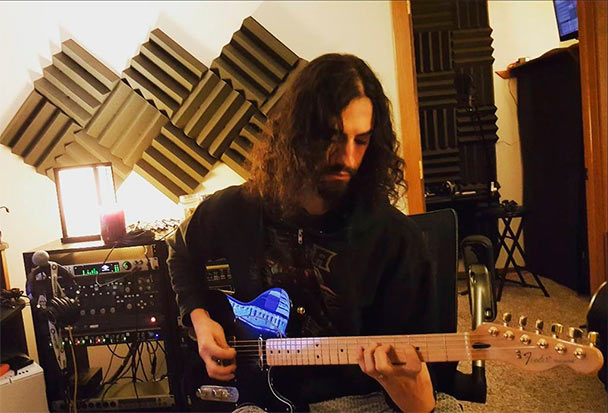 Following the success of their album “Moonlover”, Ghost Bath are now in the studio recording an all new, yet to be titled release! They put out the following statement and video to show this:

Depressive black metal merchants, Ghost Bath, have entered the recording studio once again with producer Josh Schroeder, to record the follow up to their critically acclaimed Moonlover release. Vocalist and mastermind Nameless, has released the following statement regarding the as-of-yet-untitled-album’s musical direction:

“My own description of my approach for this album is better described in a quote I read recently in Herman Melville’s Moby Dick. To enjoy bodily warmth, some small part of you must be cold, for there is no quality in this world that is not what it is merely by contrast. Nothing exists in itself. If you flatter yourself that you are all over comfortable, and have been so a long time, then you cannot be said to be comfortable any more. For this reason a sleeping apartment should never be furnished with a fire, which is one of the luxurious discomforts of the rich. For the height of this sort of deliciousness is to have nothing but the blanket between you and your snugness and the cold of the outer air. Then there you lie like the one warm spark in the heart of an arctic crystal.

“Contrast is what creates stronger feeling and emotion in this album. A joyful ecstatic experience will further the potency of depression, drenched in the surrealism of the cosmos and afterlife.”