After The Burial, Emmure, Fit For A King, Fit For An Autopsy Tour (Updated) 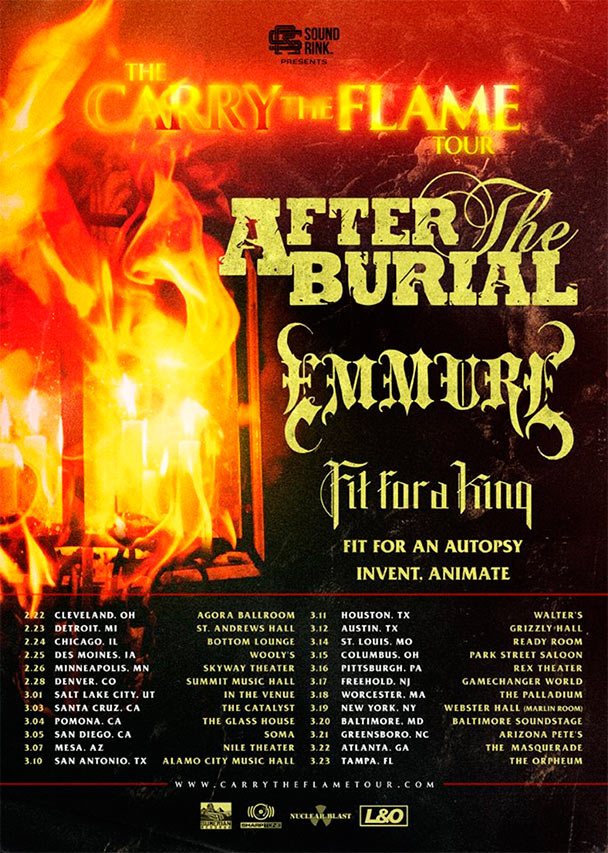 UPDATE – This is definitely happening. You can find the assorted dates on the flyer up above.

In the United States, the groups have already been booked for a 3/14 St. Louis, MO show at The Ready Room (Therefore the leaked flyer above) and all will be present at this year’s edition of So What?! Music Festival which will occur in late March down in Texas. Given all this evidence, it’s a safe bet that a much more robust set of dates will be announced sometime soon… Stay tuned…