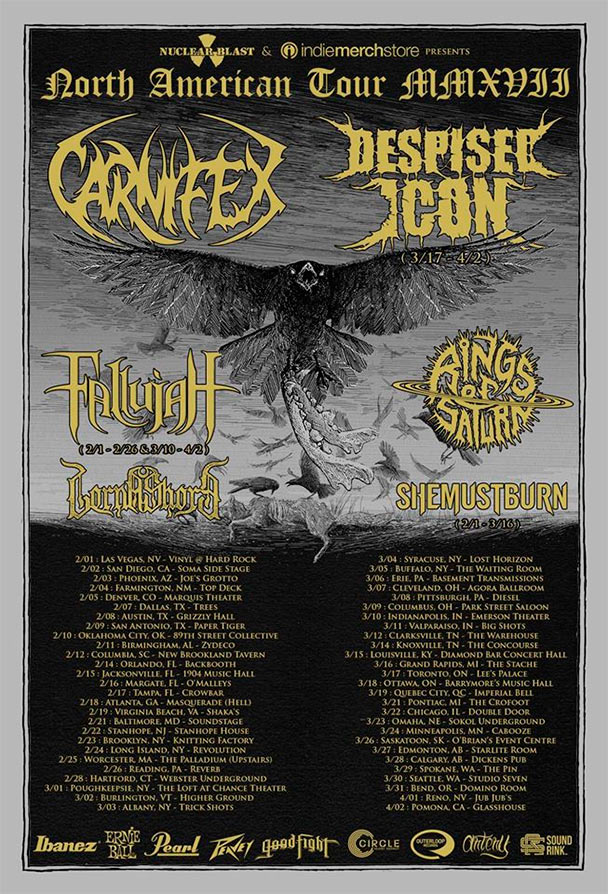 12/14/16 UPDATE – The dates are here! You can find them on the flyer just above. Carnifex also left the following statement:

“Since the release of Slow Death fans have been asking for a headline tour. Slow Death has been a monster album for us, charting higher and selling faster than all our previous albums. This tour matches the size and scope of that album. Together with a our brothers in Despised Icon, we’re bringing North America the sickest tour possible. Prepare yourself for a live show like no other.”

There’s a massive tour brewing. Carnifex just released the following teaser which includes names such as Despised Icon, Fallujah, Rings Of Saturn, Lorna Shore, and She Must Burn. This is presumably set to sweep North America sometime in 2017. Dates and further information have yet to be announced. Be on the lookout for what comes next…