Soften The Glare (Mudvayne) “March Of The Cephalopods“ Single Released

For those who don’t know, Mudvayne bassist Ryan Martinie has found a new band in Soften The Glare. They describe their sound as “Instrumental/Prog/Jazz/Rock/Funk/Chaos” which is actually quite fitting given the material they’ve released.

Currently, the band is crowdfunding their debut effort “Making Faces” – you can support the cause by CLICKING HERE.

To bolster this, they’ve released a new single by the name of “March Of The Cephalopods”. They’ve also let loose wit the following statement in conjunction with the crowdfunding effort:

When Ryan Martinie, Bon Lozaga and Mitch Hull get together as Soften The Glare, they unleash a new world…an amalgamation of sounds!! Bon and Ryan first met in LA and started talking about getting together to create new music. They didn’t know what to expect. Now as Soften The Glare, their music is evolving and constantly changing, combining both their worlds and beyond. Musically, the new debut album weaves an instrumental jazz/rock direction with elements of metal, funk, prog and a touch of chaos!

Ryan Martinie is known for his bass playing and songwriting for Mudvayne. Numerous world tours (including a stint with Korn), MTV awards and millions of records sold are part of his musical history. Bon Lozaga (Gong, Tiny Boxes) is known in the jazz/rock world and jamband scene (playing with moe. and Umphreys McGee) and has released over a dozen albums. Together, they create Soften The Glare! 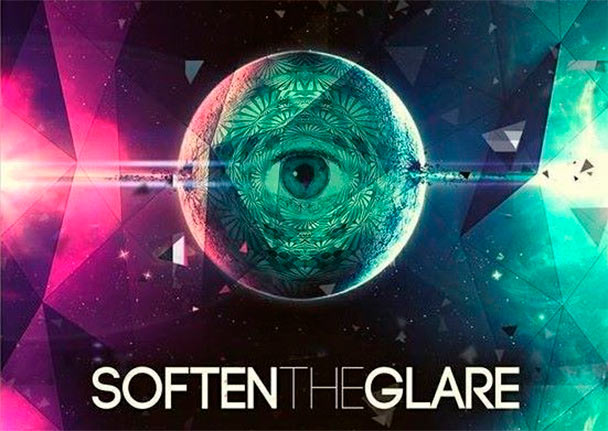