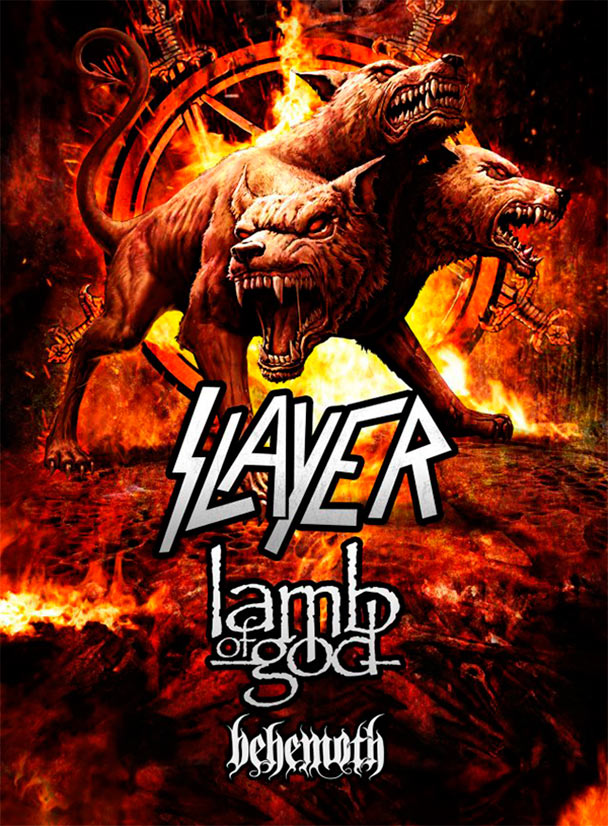 2/28/17 UPDATE – This is officially happening! The dates are as follows:

According to reports from the good people over at The PRP, there’s a tour ramping up for Slayer, Lamb of God, and Behemoth! The PRP is, more often than not, correct when it comes to such things… So while not 100% confirmed, this one is probably a safe bet.

On top of other evidence, The PRP had the following to say of their findings, “A date listing the three bands for an August 02nd show at the 1st Bank Center in Broomfield, CO also appeared online recently before being pulled.”

Stay tuned for official confirmation. In the mean time, here’s recent music from all three bands!